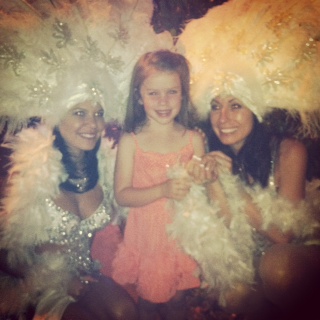 I am a terrible liar. And I'm even worse at doing surprises. So, when Betsy and I decided to surprise her sister Jackie I was ner-vous! "Aunt Jackie" as she is called around our house was graduating from UNLV. A very big deal in my book. I think any graduation is a big deal. You work hard to get there. Aunt Jackie and Olivia are very close. Betsy and her parents (Nana Karen and Papa Brad) were flying out for graduation. We had talked about going. I wasn't sure since Olivia was still in school. It happened that graduation fell on one of our very few free weekends. Mr. Mayer thought that I should go. It would be fun to get away for a while. So....it was decided. Olivia and I would go to Vegas. The surprise part came in a round about way. I didn't want to tell Olivia about the trip MAINLY because I didn't want the million and one questions that come with it AND because every day until we left I would hear "Is today the day we go see Jackie?"She would drive me bananas. We had never planned to tell Aunt Jackie. We thought it would be a really great surprise to see Olivia. Aunt Jackie new I was coming. I avoided talking to her or saying anything about the trip to anyone really for nearly a month because I was afraid I would spill the beans to the wrong person. Mr. Mayer booked us a room at the Bellagio. The day of the trip came. I sent Olivia to school for a whopping hour and a half!! I went and checked her out early and told her we were going to go do something fun. She was very perplexed. Then Nana Karen, Papa Brad and Aunt Betsy showed up to pick us up. I told her they were going to do something fun with us. Very. Confused. I waited until we were parking at the airport before I told her where we were going. She was super excited. Jackie still didn't have a clue. 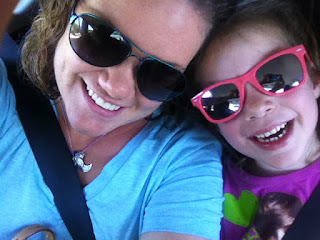 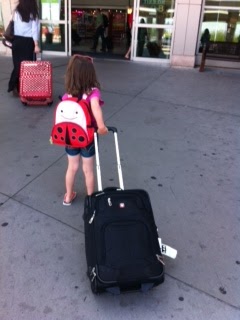 We arrive in Vegas and get our rental car. Jackie wants us to come to her house. She still doesn't have a clue that Olivia made the trip with us. We pull into the driveway and Jackie opens her front door. She doesn't see Olivia right away. Then after about a minute she sees Olivia in the car. I wish I had gotten a picture of Jackie's face. It was priceless. The next day was graduation. It was exciting to see. 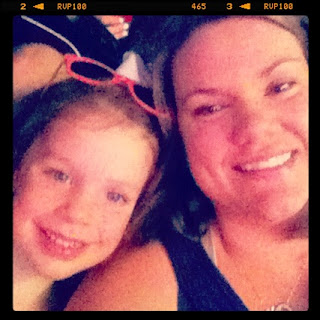 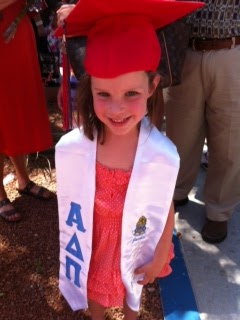 That afternoon we did a little shopping, a little resting and that night we watched the water show at the Bellagio. Olivia was in awe of everything. She really liked seeing the "Ladies" with the "feathers" on the strip. She got to take her picture with them Saturday night. She was in heaven. She also decided she wanted to be a "Lady" when she grew up. Mr. Mayer was thrilled with that news.
Sunday morning (Mother's Day) was a sleeping in lazy kind of day. We all slept in. Even Olivia! I guess keeping her up half the night worked. After breakfast we hit the pool. 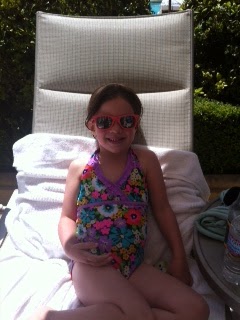 After about an hour of chillaxin' we went back to the room to change. We had big plans to meet up with Nana Karen and Papa Brad and go to the outlet malls. While we were changing room service knocked on the door and delivered this~ 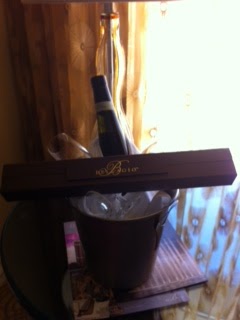 Awwww.....the card said Happy Mother's Day from Olivia, Owen and Carter. Such thoughtful kids :) Olivia told me it was all her idea. She was super excited that room service brought it since she had been begging to have room service in the "fancy hotel" since we checked in. She had been disappointed that I wouldn't let her order any. We hit up the outlet mall that afternoon and Olivia talked me into getting her some red glittery cowboy boots from the Disney store. 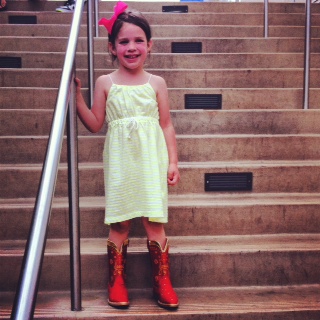 She wore those boots like she was working a catwalk. Talk about sass. And, of course, red glittery boots go with everything. That evening since it was our last evening we took Olivia down to Freemont Street to see the light show. She didn't like the light show. She thought it was too loud. Of course, by the time the show came on she was so tired she was reaching the hysterical point. She didn't like the "characters" out on the street either. There was one particular "Devil" in a red thong that Olivia couldn't quiet figure out. She kept staring and told me later she thought that girl forgot to put on all of her panties. Yup, that's exactly what happened! 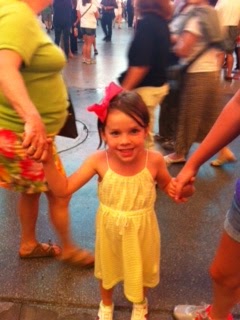 The next day it was time to leave. We went by Aunt Jackie's work (3 Square Food Bank). She gave us a tour and we said our goodbyes. Olivia was exhausted. I was to. And, I was anxious to get home and see all my boys. While Olivia and I were living it up in Vegas Mr. Mayer was home with the Dudes holding the fort down. He rocked it. 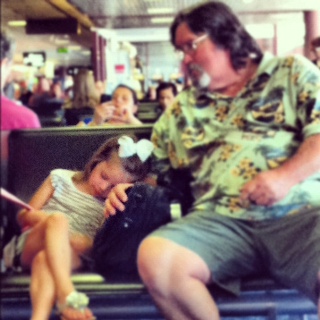 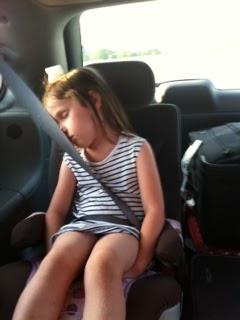 As you can see this is how Olivia spent most of the trip home. Except on the airplane. She talked nonstop then. And had to go potty 3 times. Airplane potty's are terrible places to hang out. We were very happy to get home. It has taken me a few days to find my equilibrium again. The very next day after getting home I had to be in court for work so that really threw me off. I'm still trying to get back into the groove of things.  School gets out next week so we will all be finding a new "normal" again anyway.