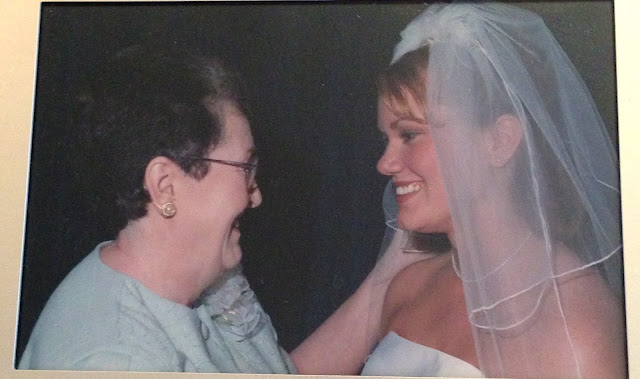 The past 5 weeks have been a roller-coaster of emotion. My Mom is 76 and needed bypass surgery. The original surgery was postponed for medical reasons to a later date at the last minute. A week later Mom was admitted to the hospital with dangerously high blood pressure. She remained in the hospital for a week and a half and the decision was made to go ahead with her bypass. The date was set. I made plans to drive to Sherman Texas so I could be there with her. I was half way to Sherman the morning of her surgery when Aunt Kathy called. Mom's surgery was supposed to be at 1pm that day. Kathy called at 7:45 and said that she just got a call from the hospital and they moved Mom's surgery up to 8am that day. They were taking her back as we spoke. I was crushed. My Mom was going into major surgery and no one was there with her. I spent the remainder of the drive crying. I make it to Texas. I check in with the front desk and they update me on her progress. An hour later my Dad and Aunt Kathy make it to the hospital where we waited. Uncle Fred came a little while later. The surgery took 5 hours. The surgeon said he was able to only do 3 bypasses and the surgery went very well. We all breathed a collective sigh of relief. We were able to see her a few hours later as she was coming out of her anesthesia. I take my Dad to the hotel we were staying in. The next day we go back to the hospital. Something seemed wrong. Mom wasn't "there." She was very confused and seemed really out of it. We chalked it up to her coming out of the anesthesia and all the medication. She'll get better. The nurses said she didn't sleep. She was refusing to eat. My Mom got progressively worse and slipped into a deep state of confusion and hallucination. She didn't know who we were. She became someone that none of us knew. She didn't sleep for 2 weeks. She barely took 5 bites of food that entire time. It was the most heartbreaking thing I had ever seen. The surgeon kept giving us reassurances that she would get better. However, from where we stood she just kept slipping farther away. Our Mom was not there. During that 2 weeks she had a brief 24 hours where she seemed to get a little better and we were hopeful she would be discharged. It was quickly extinguished. I drove back and forth between Tulsa and Sherman as much as I could to help. It was a long and expensive trip. I was torn because I needed to be at home and I needed to be with my Mom. It was excruciating. After about 2 weeks Mom remained in her deep state and then developed pneumonia. The doctor's didn't leave us with any hope. We were certain we would be burying our Mom. She remained in ICU for another week. It was devastating. I don't think a day passed I didn't cry. Olivia kept asking what was wrong and if her Nana was okay. I didn't know what to say. How to say it. I packed a bag for the kids with "funeral clothes" and a few extra changes so that when it was time to go they would be ready. Then a miracle occurred. I have no other words to describe it other than a miracle. Mom came out of the hallucinations and the confusion. The pneumonia got better. I was there this past weekend and I cried tears of joy when I walked into that hospital room. She was sitting up in bed and feeding herself. Not only had she not eaten in weeks. When we could convince her to eat or drink we were feeding her and holding her cups for her. After 19 days in ICU my Mom was back and  transported to a skilled nursing facility an hour away in my hometown. I cried, still cry, tears of joy. I haven't been able to go see her this week but there isn't a moment that goes by I'm not thinking about her. Aunt Kathy and my cousin Misty are there with her. Helping her. Cheering her on. Yesterday I talked to Aunt Kathy. My Mom took a few steps on her own. She's getting stronger everyday. We haven't told Mom that we thought she wouldn't make it. We haven't told her how bad it got. If she asks we will. Otherwise we aren't going to volunteer any information. I have often said that my relationship with my Mom is complicated. It is. Probably always will be. But, she is my Mom. The only one I have ever known. My love for her is great. And, I am beyond happy to see her doing so well. It truly is nothing short of a miracle and an example of what prayer can do. 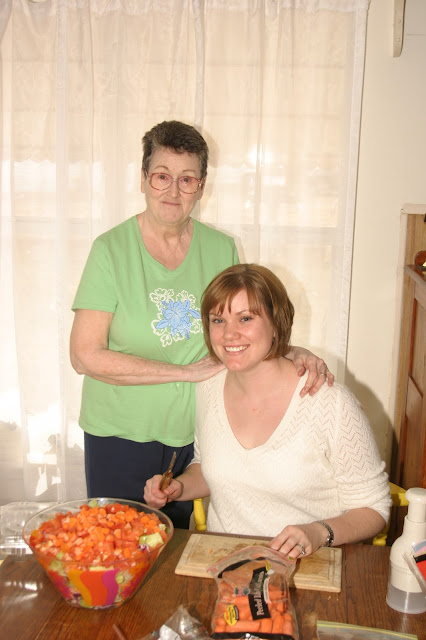