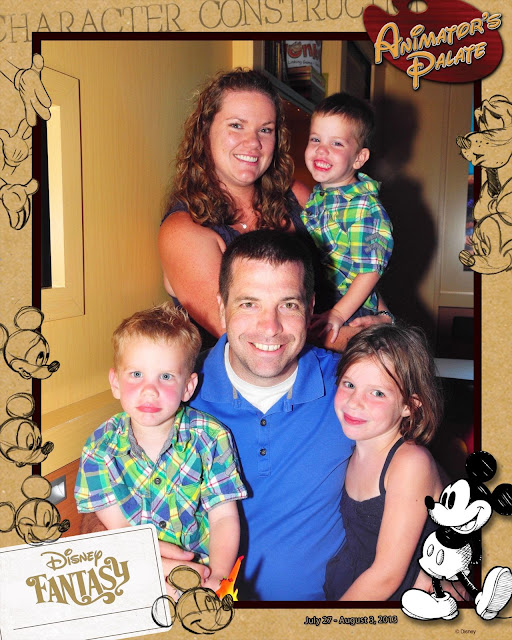 The end of July we took the family vacation of a lifetime. We went on a Disney cruise. You all know how the trip ended. All I can say is that the rest of the trip was AH-MAZ-ING!! I can't wait to be able to take another one. We sailed on the Disney Fantasy. When we booked our trip our itinerary was St. Thomas, St. Maarten and Disney Castaway Cay. When we arrived on board our itinerary had changed to Castaway Cay, San Juan and St. Thomas. There was a tropical storm we were trying to avoid. I was okay with that.
Now....prior to the cruise Mr. Mayer and I neither one had EVER been on a cruise of any sort. Other than taking the kids to my in laws house in New Mexico we had not taken them on any other vacations. We were going to have to get up at 4AM to catch our flight to Florida. Needless to say I was very anxious about this trip. I was anxious about traveling with 3 kids. Two of which had never flown. I was anxious that Disney told us to drop our luggage off in Tulsa and it would arrive in our room on the ship. I was anxious about packing for 5 people for 7 days. I was anxious about the kids being stuck on a boat. I was anxious about getting sea sick. I was anxious about being anxious.
Disney makes staying with them way to easy. They definitely cater to your needs. And~our luggage did arrive safe and sound to our room. Our first night there we just acclimated ourselves to our new surroundings. We cleaned up and went to a show and then dinner. Just to feed into my anxiety we drew the short straw and got the late dinner seating. It was at 8:15. That is 2 hours later than my kids are normally used to eating AND there was an hour time difference between there and home (which really helped us). Yikes!! The first two nights were a little rough. Especially that first night. I felt terrible for our servers. After the second night everyone got used to it and the rest of the week went much better. And the food was FABULOUS!
A note about dinner~ on our cruise (I have no experience on any other cruise) we had two servers. Oriel from Jamaica and Istvan from Hungary. They were FABULOUS!! There were 3 restaurants that we cycled through during the week. Oriel and Istavan went to each restaurant and were our servers the entire week. After the first night they had the kids chocolate milks waiting on them when we got to our table. They would bring extra butter for Owen to eat (it's so gross. He would just sit and eat butter). They took the time and got to know us. The kids were slobs. We spilled things, threw things and were loud. It never phased them. All they would say is "It's no problem man!" They would make animals out of napkins and play with the kids. If they couldn't the servers at the tables around us were. The kids loved it. One night at dinner we were given some papers and told to draw a picture and they would animate it on the screens through out the room. That was so much fun. Carter drew on himself more than his paper, but Olivia, Mr. Mayer and I got our pictures animated. It was fun to watch them dance across the TV screens. 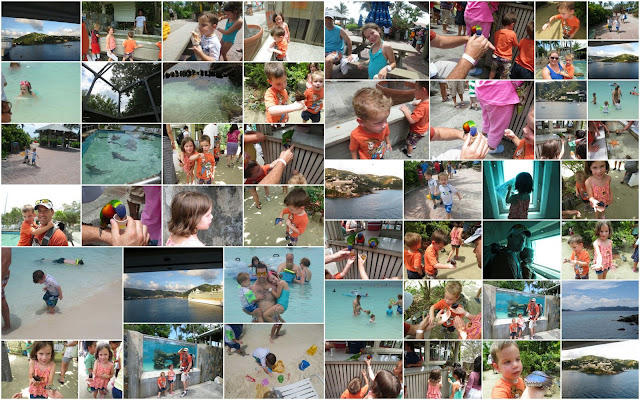 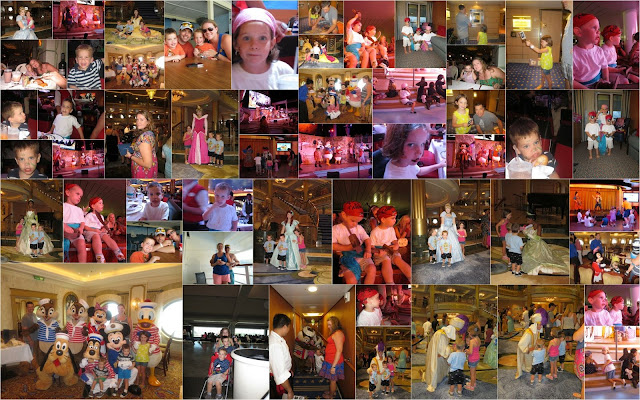