I Can Still Hear You

By Jayna Mayer January 14, 2015
The Dudes and I were having lunch together today. I was hangry and not in the mood for silliness. Of course that is when they want to be at their silliest. #2 looks and smiles at me sweetly and says "Hey Mom! You want to see a trick we can do?" I responded with a no, not really. I want to eat. I am hangry and want to be left alone. Unsatisfied with my response #3 says "Watch this!" Now- let me give you a brief set up of my kitchen table. It's a rectangle table. We have 4 chairs and a bench. The Dudes were sitting on a bench. Also, let me remind everyone that #2 is my accident prone child. He has already had stitches twice (once from falling off a toilet) and a concussion. He is covered in bruises and cuts 100% of the time. Like his Mama walking is challenging for him. As #3 is finishing his "Hey, hold my beer and watch this" sentence he's on his knees and bends and lays his head on the bench. #2 stands up and stands on #3's back. He is about to let go of the table when I intervene. I mean- c'mon!! I tell the boys that isn't safe and he needs to get off his brother's back. He does. Then asks why and tells me he will hold onto the table. Oy. I again explain it's not safe. #3 looks at me then leans over to his brother and "whispers" (cause we all know it isn't a whisper. It's slightly softer than a jet engine) in his ear "We'll do it upstairs after we eat our lunch." #2 agrees. #3 again whispers and says "Don't tell Mom." #2 smiles at me and sweetly says "We won't do it upstairs after we eat our lunch." #3 starts shaking his head no and then instructs his brother to eat faster. They quickly disappear upstairs. They think they are so sneaky. 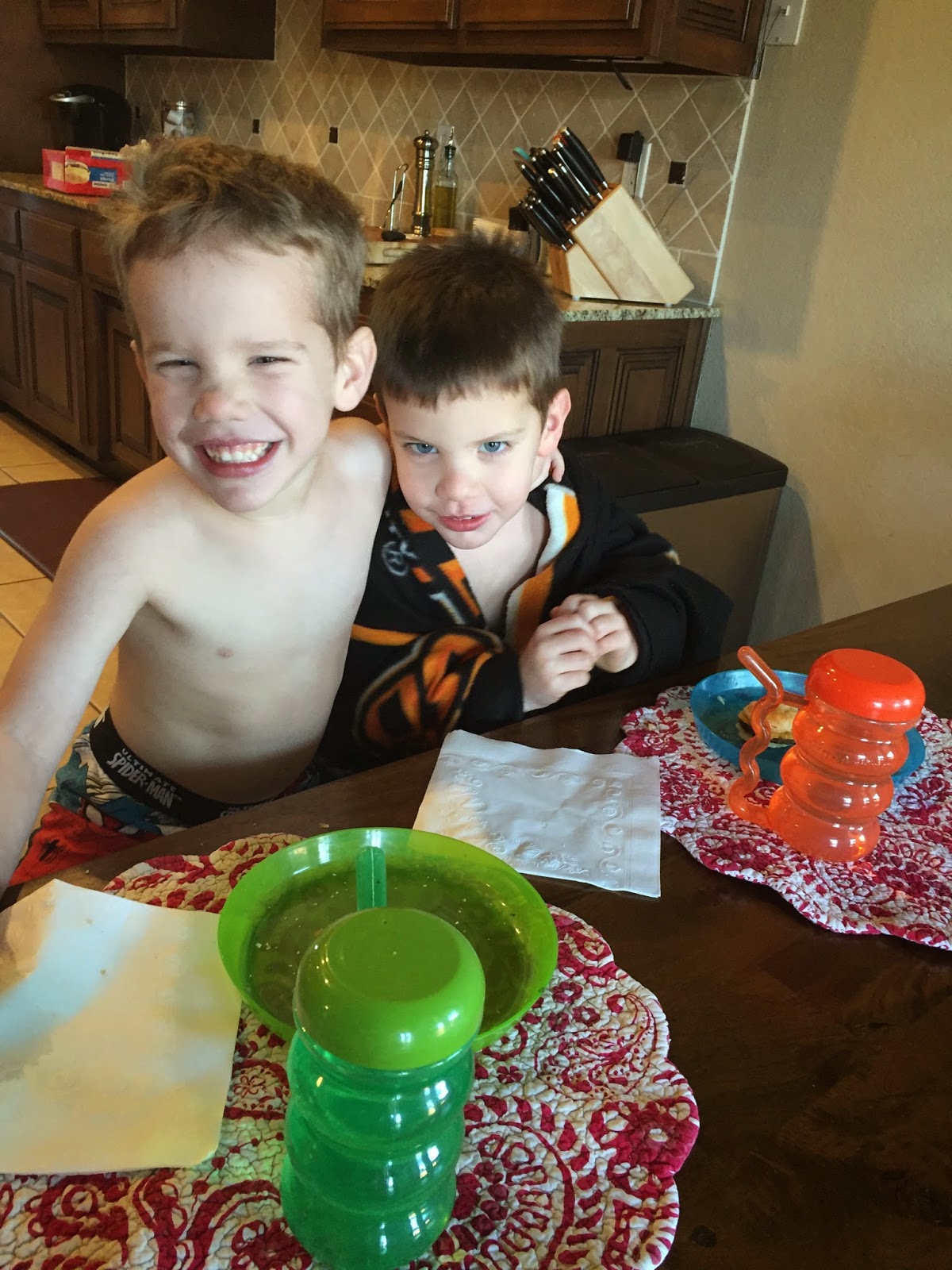