By Jayna Mayer January 14, 2018
We have an Uncle Ryan. He's really a cousin, but all my kids call him Uncle Ryan, and it fits. He's fun, gregarious and the kids L O V E him. But #2 really loves his Uncle Ryan. Even before Uncle Ryan and Aunt Elizabeth moved to Oklahoma, #2's first question anytime there was a family get together was "Is Uncle Ryan going to be there?" Uncle Ryan speaks #2 extremely well. He builds robots and boats with #2, and they have long discussions about how the world works, and I am sure that one day they will solve some major world problem. #2 takes everything Uncle Ryan tells him as  true and absolute. #2 is also a concrete thinker, so sometimes this is problematic.
Recently Uncle Ryan casually told #2 that if he blotted his pizza with his napkin it would soak up the extra grease. We went out for pizza one night recently. This restaurant had cloth napkins, which is a novelty to my feral children, by my own failure. Our pizza arrived and I gave everyone a slice. We all started eating and I casually turn and look at #2. He has taken his cloth napkin and is rubbing his pizza with it. I can tell by his face he is frustrated, and I quickly realize why.

Me: Oh, #2! the napkin thing only works with paper napkins! That cloth napkin won't soak up anything.
#2: But, Uncle Ryan said I could use my napkin and soak up the grease.
Me: I know, but he was just talking about paper napkins or paper towels.
#2: Well, why didn't Uncle Ryan say that?!
Me: I don't know. He probably forgot.
#2: Now my napkin is really yucky.
Me: Yeah. Your pizza is kind of a mess too. Here, have another slice and you can have my napkin. 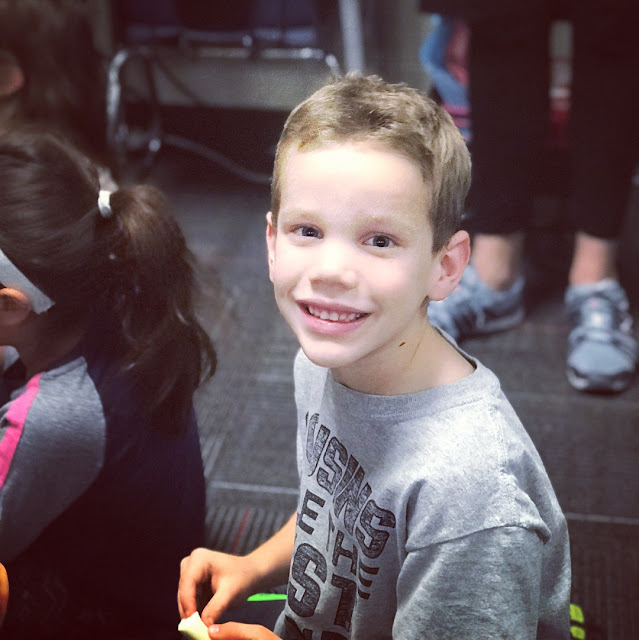