By Jayna Mayer March 08, 2018
Things are changing y'all....
About six weeks ago I applied for a part time therapist job, on a whim. A month went by and I had not heard anything about the job, I assumed it wasn't going to happen and carried on with life. Then I got a phone call asking me to come in for an interview! Over the course of the month between applying for the job and the interview I had talked myself out of wanting to do it. Cause, that's what I do. I went into the interview thinking it would just be good practice and I had zero intentions of pursuing the position.
Last year I applied for a job I really wanted. It was somewhere I had always wanted to work and was so excited about the prospect. I was told that the job was mine, then I was emailed and told that a former employee had emailed and said she might be moving back to Tulsa and they were going to give the position to her. I was devastated. Then a few weeks later I was emailed again offering me the job again. Needless to say I declined because I did not feel comfortable with how the situation had been handled. During this process, even though it didn't work out, I realized that I wanted to go back to work. I had been feeling a little stuck and unfulfilled personally, and generally unhappy. I felt like I was wasting my degree and license I had worked so hard to obtain. Since that time I had occasionally looked around and watched for jobs that would fit me.
During my first interview last week I realized this was a job I really wanted. The hours were perfect and there is opportunity for growth within the organization. After my interview I was told that they planned to narrow the applicants down to three and have a second round of interviews. I waited anxiously (extremely anxiously) for a call back. In the meantime I played out all sorts of worst case scenarios. In fact there was one night I did not sleep much because I was so worried about how I would get #1 to school when she went to the 7th grade. She's only in the 5th grade. Anxiety disorders are ugly beasts. I received the call for a second interview and convinced myself (somewhat) that everything was going to work out.
After my second interview yesterday I felt even more confident that this was the right place for me. Today I got the call offering me the position and I immediately said yes without a second thought.
I have talked to the kids about Mommy going back to work part time and they are all thrilled. The hours are predominantly while they are in school, and I have a babysitter lined up for the summer. I feel like this is the right move for me, and that it is time. I am nervous. I have been a stay at home mom for seven years. I have anxiety about having anxiety most days, but I am taking deep breaths and jumping forward.
When the boys were two weeks old I decided to stop breastfeeding. Breastfeeding was not something that was easy for me, but add in two babies and it was a big struggle. #3 was a powerful sucker and I remember crying before I had to feed him. #2 was a lazy eater and had lost so much weight that we were having to supplement him after I fed him. I decided I was going to be a better and happier mom if I stopped breastfeeding. I was and everyone thrived. That's how I am approaching this new situation. I am going to be a happier mom, and everyone is going to thrive. There is definitely going to be an adjustment period for all of us. I am sure I will question myself more than once, but I know it will be okay. I am very excited for this new adventure. 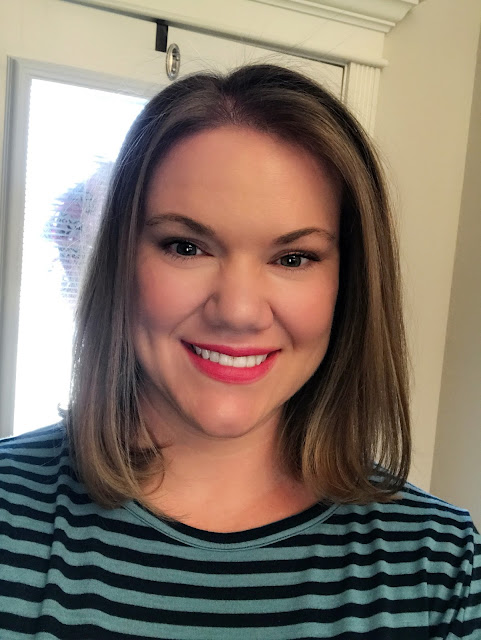