By Jayna Mayer June 19, 2012
There is an awesome splash pad not far from here that I had been hearing about. Everyone I knew that went to it raved about it and said how much fun they had there with their kids. The kids L-O-V-E water. We do a sprinkler in the backyard on a regular basis. I was itching to get them to the splash pad. I had planned to meet a friend and her kids on Friday there, but the weather had other plans. I ended up taking my 3 to the mall to play in their play area for a while. Sunday the sun was shining and it was a great day. Diva had been asking to go to the splash pad so we loaded up and headed that way. The place was fantastic. I was impressed. Diva ran around in the water for a little bit and then her and a girl she met there went and played on the play set adjacent to the splash pad the rest of the time. Carter took immediately to the water. He was one very happy little boy. He ran around full speed the entire time. It took Owen a little bit to warm up to the idea. The first 30-45 minutes he was having nothing to do with the water. He wanted to go slide. He eventually warmed up and had the time of his life playing in the water. The best part about the splash pad? Nap time was AWESOME Sunday afternoon. 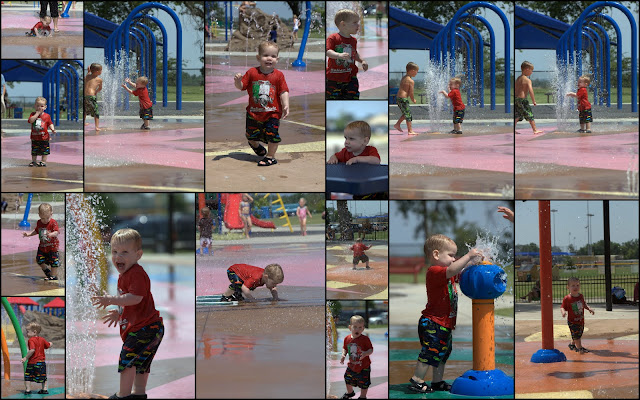 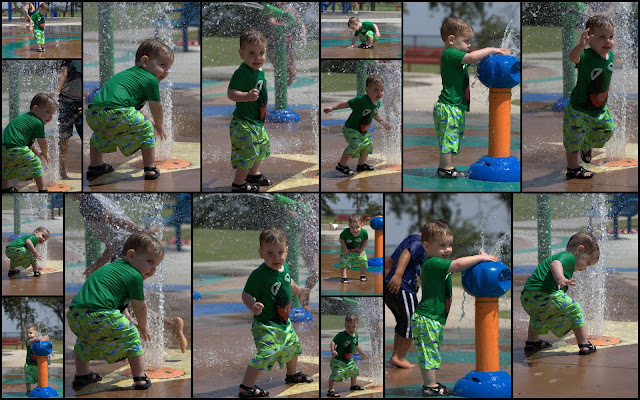