Confessions of a Selfish Mommy 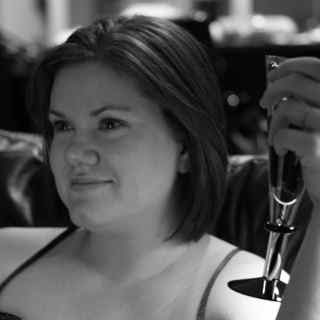 Let me preface this post by saying that I am currently dying from the plague suffering diseased contracted  have a cold and drinking a hot toddy with whiskey in it. Who knows what I'll say. But seriously....let's talk. The Dudes need to be potty trained. I wasn't planning to do it until high school. I was secretly hoping they would just do it themselves. That I would wake up one morning and it would be done. That's not happening. Ugh....great. But, it's going to have to be done. They keep coming and telling me when they need a new diaper and whether they went pee or poop. They are even telling their teachers at Mother's Day Out. In all seriousness I think I have PTSD from potty training Diva. That was a horrible experience. Completely my fault. I tried to force her a week after she turned 2 to using a potty. She wasn't ready and 3 years later she was still peeing in her pants. At least she got the pooping thing quickly. My mother had convinced me that all I needed to do was put a pair of panties on her and she would magically start using the potty. It didn't work that way. She still sleeps in a pull up. That's a whole other blog post I'll have to share sometime. I have vowed that this time around would be different. I wouldn't even consider it until I thought they were ready. Then if they didn't get it after a few days I would stop and try again a few months later. That's a good plan. Right?
So what is so selfish about potty training your kids? I'm worried about when I will get to shower. Lame. I know. As things currently go the Dudes cannot open door knobs. I can shut their door and I know that they will be safe in there until I let them out. They are happy to hang out and play in the mornings. I like to go to the gym early in the morning (Honestly I haven't gone in almost 2 weeks. Jeff~I know that physical activity will help me, but seriously. When you feel like shit the last thing you want to do is get up at 5:15AM and go work out).  5:15AM isn't my favorite time of day. But, Dudes have doctor's appts, play dates, groceries need to be bought, houses need to be cleaned and laundry needs to be done. My list can keep going. I have tried to go mid morning, but it is inconsistent and just doesn't fit in. I feel like I am being selfish and that other things are put to the side. So, early mornings work for me. After the gym I come home and get Diva up and ready for school. When her and Mr. Mayer leave for work and school I eat breakfast, drink some coffee and take a shower. After I am showered and ready for the day I go release the hounds, er, um, boys, from their room, usually between 8 and 8:30. Then we go about our day.
I am worried about when I can shower and drink my coffee. Once the Dudes start potty training I will have to let them out of their room when they wake up in the morning so they can go potty. It's going to turn my morning upside down. Best I can figure is I may be able to take a quick bird bath before Mr. Mayer leaves in the morning and take a shower at night. Shower at nap time? Oh wait. They haven't been napping! Ha! That won't work. I guess I could just let them run amok and take a shower any way. Set them up for failure and just make them stay in their room? There is no way I could do that. I would feel terrible every time they had an accident. I realize as I type this how selfish and dumb it is. But, this is my brain.
Potty training will happen. I will sort out my shower issue. Maybe I will just forgo showers. They are time consuming anyway. I have heard a lot about the 3 Day Method. My friend Blair over at www.lifeofamamarazzi.com did it with her boys. I text her this afternoon to ask a few questions. She emailed me an ebook on it that another friend had shared with her. She's a fan of the method and thinks I need to do it ASAP. We are going to be doing some traveling over the next couple of months. I don't think it's a good time to try and potty train. Is it? I mean we will be in a car for 3 and 4 hours at a time. I am thinking that maybe sometime in January would be a good time to do it. We will be done with traveling. That will give me some time to read the book as well. I don't know. They may just do it themselves. It could happen. Right?