By Jayna Mayer November 04, 2012
Whew! Nov. 4th isn't to late to talk about Halloween, is it? Whatever. The title of my blog is not an accident. Last week was rough y'all. No joke. But, my little trick or treaters were adorable and I have to share. 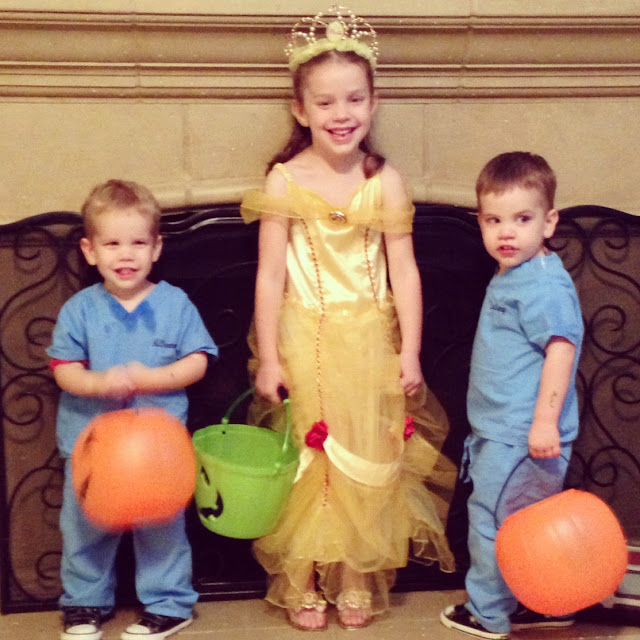 See? Adorable. Diva was obviously Belle. Her most favorite of all princesses. She started talking about being Belle last year on Halloween.  The Dudes aren't really old enough to have an opinion about what their costume was. I had a hard time finding a costume that I felt they could wear to Mother's Day Out and for Halloween. I chose doctor's. I found some tiny little scrubs and some tiny little lab coats. I then took the tiny little scrubs and tiny little lab coats and had McDreamy and McSteamy embroidered on them. Cheese ball I know. But, I did it. And it was cute. 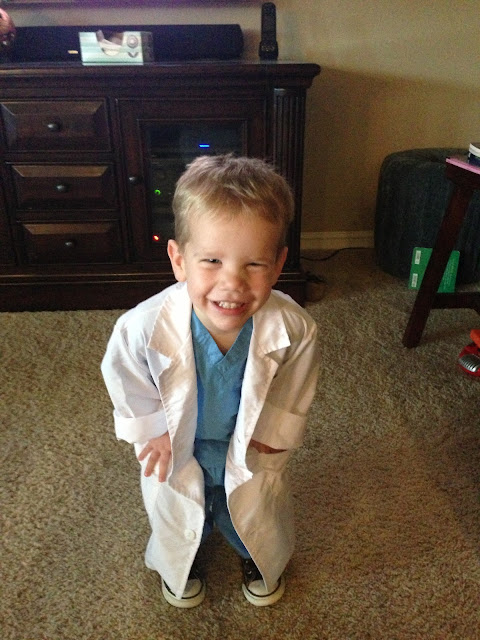 We almost missed Halloween. I was so sad that my little people might miss out on trick or treating. We have had a long run of really good health. That was until last week. It started last Sunday when Carter had a fever and didn't feel good. 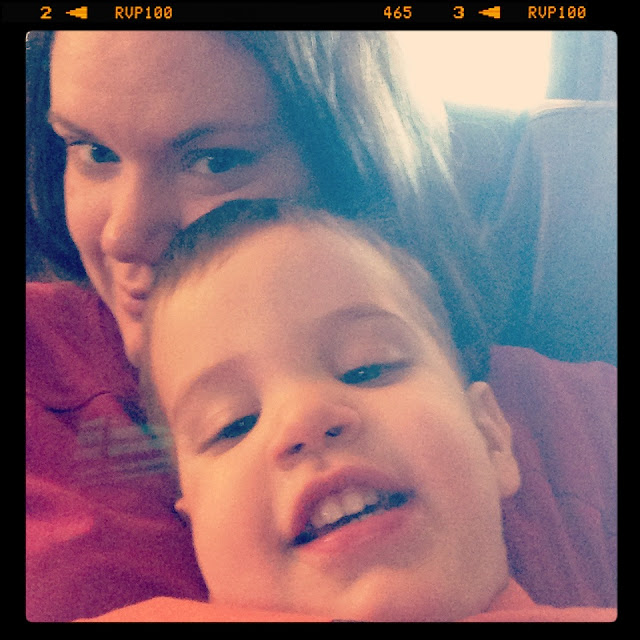 I ended up taking him to the doctor on Monday. Since our RSV experience I don't wait to go to the doctor for as long. Lesson learned. The verdict was a virus. Nothing we could do but ride it out. Tuesday the school calls and says that Diva has a fever and isn't feeling good. I go pick her up. She puts on PJ's in the middle of the day. For anyone that knows my precocious little girl, they know that she is dressed and ready for her day the second she wakes up in the morning. The fact that she was laying around in the floor in pajamas speaks volumes for how rotten she was feeling. 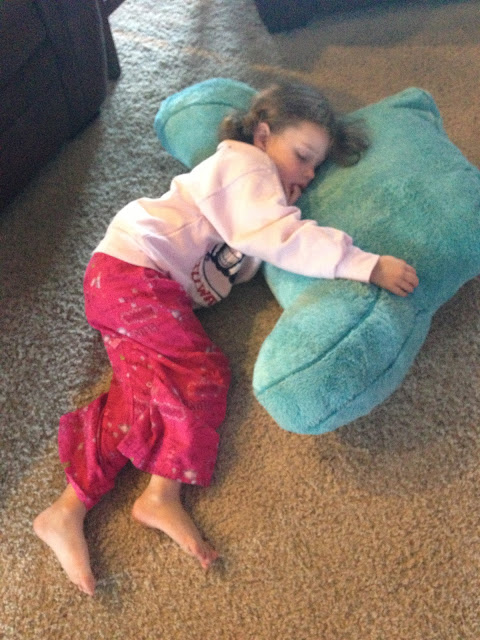 I drag her to the doctor. I was fairly confident she had strep throat. She had it last year. This was much the same. I just needed a doctor to confirm and give us some meds. The nurse looked in her throat and immediately says "Eww." The strep test confirmed that she had strep throat. We start antibiotics. Wednesday morning (Halloween day) arrives. Owen wakes up with a fever. FML. I know that he has the same virus that Carter has. I checked his throat and it was not puss-y (really, there is no good way to spell that word and it not look like something naughty). I start medicating him. As long as he has medicine he acts and feels just fine. When his fever comes up he is mildly subdued. Nothing like his brother. I was so sad that my 3 little ones weren't feeling good. This was the first year that the Dudes were going to trick or treat. That afternoon when everyone got up from nap I assessed the situation. Owen was the only one with a fever. Very low grade. Diva was pestering me saying "The doctor said I could go trick or treating!" and Carter. Well, Carter is Carter. He's just happy to be here. He had no fever and was acting like his old self. I made the decision that we would dress up and hit a few houses around our house. Let me tell you. Owen and Carter took to trick or treating like they had done it a 1000 times. Carter even figured out that after the people gave him candy if he hugged them they gave him more candy. The kid doesn't even like sweets. He just liked having a full bucket. He wouldn't let me empty his bucket to make it lighter.
So....there are probably those that don't agree with me letting Owen trick or treat. Maybe it's selfish. I just couldn't bear for him to miss out on it. Especially when his brother and sister were going to get to go. He's not old enough to understand why he couldn't go.
Since Halloween Owen has continued to have a fever. I bit the bullet and made my 3rd trip to the doctor on Friday. We saw our regular doctor on Friday (we saw his co-worker the other two times). I had him look at Diva while we were there because her throat was still puss-y looking. I didn't think it should. He ended up changing her antibiotics. The throat looks much better. Now she has a terrible cough, congestion and general crappy feeling. Owen had a virus. Same as Carter. I thought on Saturday that dang fever had finally broken. Everyone was happy and didn't appear to be sick. We went and did family pictures. Came home. Took a nap. Owen woke up with that pesky fever and feeling rotten. Again I say-FML. However, this morning he woke up fever free AND remained that way all day. Other than him knocking my Scentsy burner off on top of his head and cutting the crap out of his head, ear and foot, he is doing great. Heads and ears bleed so much! OMG.
I am hoping that this next week is much better. That everyone feels better. No fevers. No trips to the doctor. Just the normal everyday shenanigans. Diva is a wild card at the moment. She's already gotten up once with her cough. I'm hoping she can get some rest tonight. I am wanting some normalcy this next week.