Where I Come From...

By Jayna Mayer December 09, 2012
I grew up in Small Town USA. I spent the majority of my life planning how I was going to get out of Small Town USA. I couldn't wait to leave. I had a wonderful childhood. I have wonderful memories of growing up. I just wanted to see the world. And Target. Target is a nice draw. As I age and my children get older I realize the charm of aforementioned small town. Mr. Mayer grew up in a slightly larger small town (compared to where I came from it was a big city). We both agree there is some benefit and charm to a small town. I have no intention of moving back, but visiting is nice! It makes me sad when I think that my kids will miss out on some of the things that I took for granted all those years ago. I don't get back to visit very often. The older the kids get the less we get to make it back. We were able to go back this weekend. It was so fun. I always get a little nostalgic when I get to town. My brother (bet you didn't know I had an older brother) was able to come to town this weekend as well. It was so good to see him. We hadn't seen each other in a very long time.
My parents still live in the same house I grew up in. I love that house. It has a lot of good memories for me. Mr. Mayer doesn't understand my attachment to a house. He lived in several houses growing up and doesn't think twice about moving. I cried when we sold our first house because that was the house we brought Diva home to. Her first 1 1/2 years were spent there. That was the first house we bought as a married couple. It had a lot of sentimental value for me.
I'm getting off track. At my parents they have gigantic pecan trees. We spent a couple of hours picking pecans yesterday afternoon. Normally that isn't a fun chore, but when you add kids, cousins and siblings into the mix it is a great way to spend the afternoon. The Dudes kept dumping our bucket of pecans just so they could pick them up off the ground. A little later in the afternoon we went out to Aunt Kathy and Uncle Fred's house. Diva was going to spend the night out there and the Dudes are obsessed with "tactors." The cows were near the house when we got there. That was very exciting. We had to moo at them for a while. Uncle Fred was working when we got there. He came home before we had to leave. Then he did the best thing he could have ever done for two tractor loving little boys. He took them for tractor rides. Not only did he let the little guys ride on a tractor. He let them push buttons, twist knobs, pull levers, the works. Those were some happy little Dudes. Carter was a little hesitant at first, but when he saw Owen having such a great time he decided he wanted to join in. 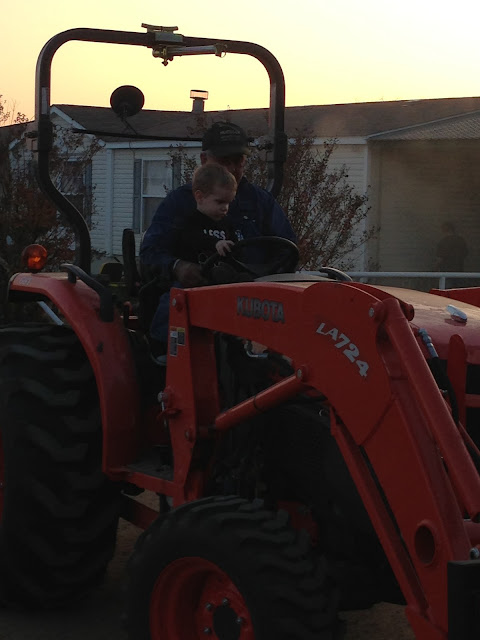 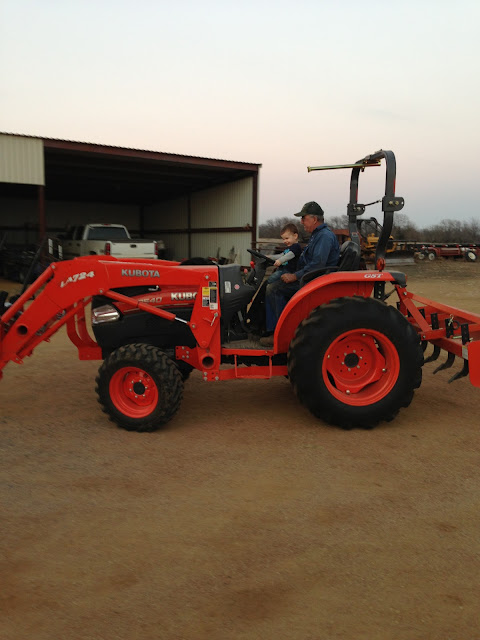 After we left Aunt Kathy and Uncle Fred's house we went back to Nana and Papa's and had dinner. After dinner the Dudes proceeded to run around like crazed animals for a couple of hours. I think it was delirium. I didn't make them nap yesterday afternoon and they had a very big day. It was all part of my master plan. It was our first trip since the Dudes stopped sleeping in cribs and/or pack-n-plays. To say I was nervous about the sleeping situation is an understatement. I was convinced we would not be sleeping. I took their nap mats from school with us. My thinking was that they sleep on them at school, hopefully they will sleep on them at Nana's. We typically have the Dudes in another room when we stay there. This time we put them to bed in our room. I tried to wear them out so they would sleep. Owen went to sleep immediately. Carter fought it for an hour. As he always does. But then....they slept. 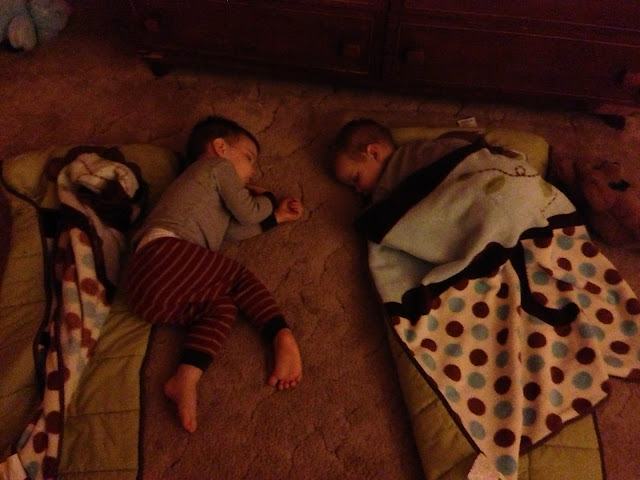 At 2:30 this morning I woke up to Carter making some noise. Next thing I knew Carter was standing beside the bed with is "rolled up" nap mat saying "Here you go Mommy." Um....no. I had to explain to him it was still night night time. After about 30-45 minutes of crying and protest he went back to sleep. Owen never wiggled. Those Dudes slept all the way until 8am today! Success!!
Today we celebrated Christmas with my family at Aunt Kathy's house. We always buy for the kids (there's only a gazillion and one more on the way!) and then the adults play Dirty Santa. Diva asked this morning why Santa was dirty. I had to explain it was a game. She decided we were all weird. We left fairly early this afternoon because all 3 of my children had enough. They were all cranky and losing it. They were all asleep before we got out of the county. 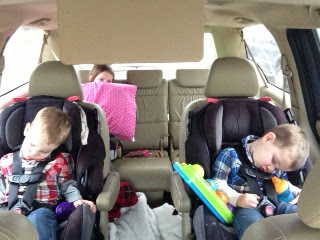 After we got home it was business as usual for a while. We had dinner. Played with our new toys. Baths and beds. One of the gifts Aunt Kathy gave Diva was some stuff called 'Squishy Baff.' It turns your bath into a tub of jello. Interesting stuff. Diva wanted to do it tonight. We let her. The stuff was weird. She had a great time. Remember years ago there was this gel stuff you could buy and use in your house plants to retain water? Sometimes it was colored? Yeah...Squishy Baff is that stuff. 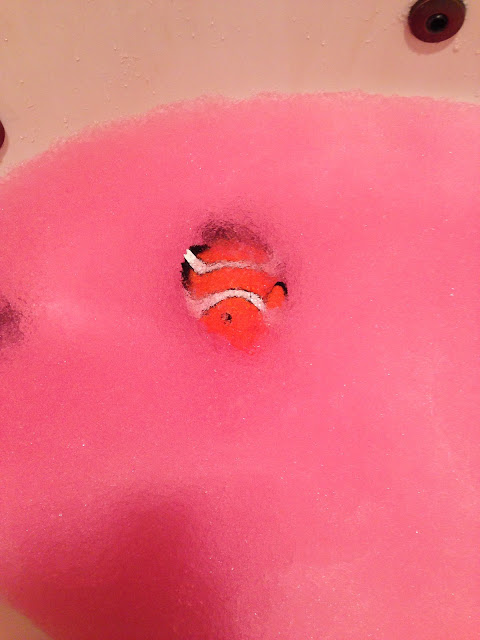 It was a great weekend.