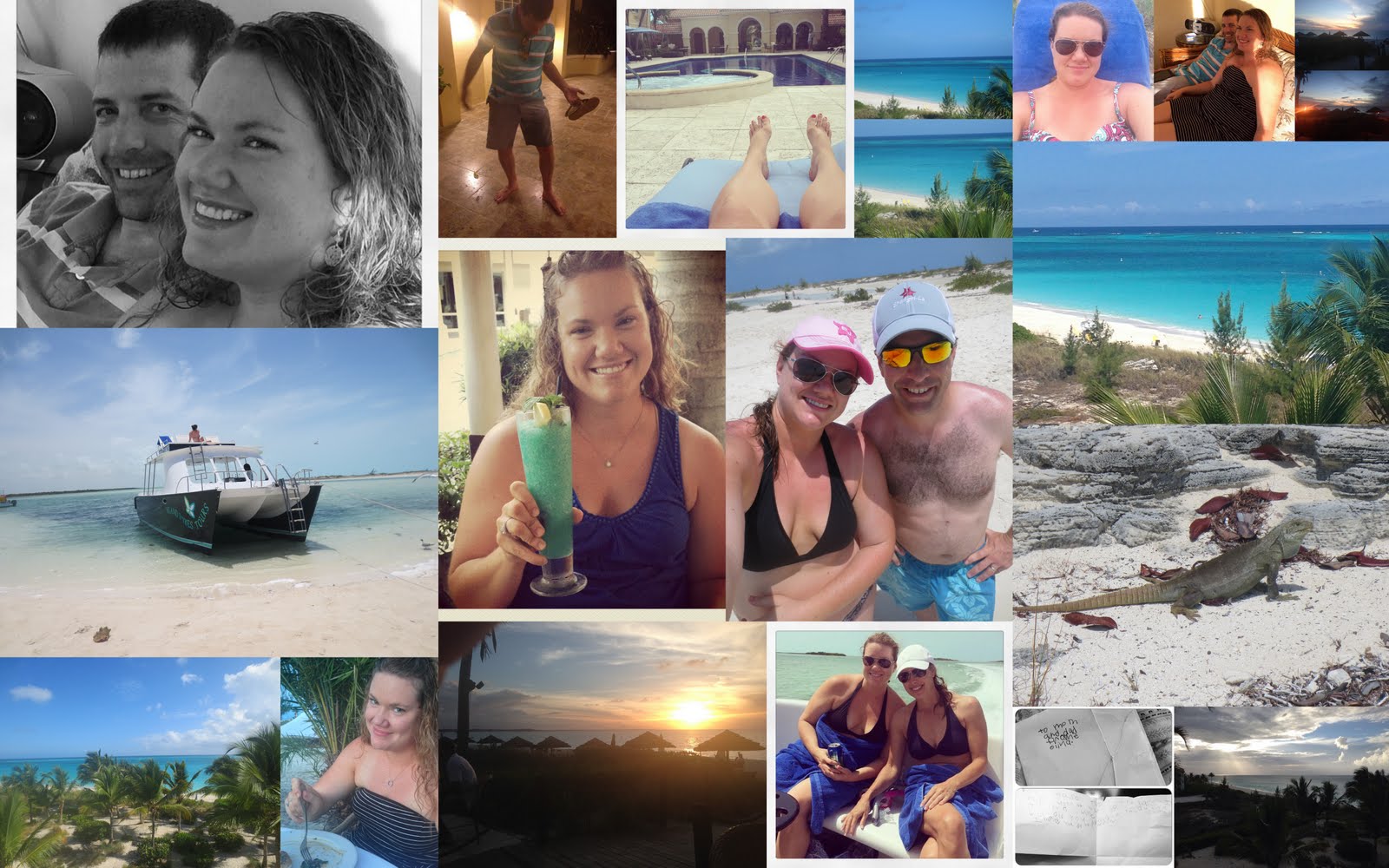 It's that time of year! Last year Mr. Mayer and I went to Las Vegas for a week. This year we left the country!!! Just looking at these pictures makes me want to go back! Mr. Mayer and I just spent a FANTASTIC week in Turks and Caicos. We went with our friends/in laws Julie and Bryan. This was their 4th time there. After about 5 minutes there I understood exactly why they keep going back year after year. We stayed at the Villa Renaissance in Providenciales. It was absolute heaven. It is a small boutique hotel. Not a lot going on which was exactly what I was in the market for. Mr. Mayer and Bryan played golf (which was included with our stay) and Julie and I diligently held down the beach chairs. Someone had to do it :) We rotated between the pool and the ocean. The beach was 21 miles of stunning white sand. It was so soft to walk on. In the evenings we would go to a local restaurant for dinner and walk on the beach back to our hotel. Ah-Maz-Ing! We went to a different resturant every night. Some nights we went all together and a few nights we went on "date nights."The food everywhere was exquisite. There was not a bad meal all week. Or dessert. It was a good thing we did so much walking. Our hotel also provided bikes to ride. I hadn't ridden a bike (other than a spin bike) since I was a kid. It was so much fun. One day we took a snorkeling trip. They took us to the other side of the island to snorkel the reef. **Interesting fact: The reef in Providenciales is the 3rd largest in the world.** It was windy and the sea was rough that day. Needless to say I was pretty ill by the time we reached our destination. We snorkeled a while. Then we went to another island and had some conch salad and explored the island. After we loaded back on the boat they took us to another area of the island where we all swam a while. I have no words to describe how beautiful it was there. The water was a brilliant turquoise and you could see down it for forever. The boat had a diving board on the roof. When alcohol and diving boards are involved the laughter is endless. While on our little adventure the 4 us of Okies met one of the most interesting couples of our whole trip. It was a young couple from Brazil. He was wearing a little banana hammock of a swim suit that was very distracting. Initially I thought that was the most distracting thing about them. Then we started snorkeling and I kept bumping into her. Specifically into her rear end. Her thong clad rear end. Every time I turned around that thing was in my face! Oy! Her and banana hammock man were snorkeling holding hands. Awww....so sweet. And I will finish by saying this...the amount of selfies they took was astounding. I would love to be on their Facebook feed. They weren't just casual cheese selfies. These were posed shots. On the boat, in the water, on the shore, snorkeling...you name it one of them was taking a picture of themselves. Another thing that we all noticed during our week there was all the couples on their "babymoon." It was a perfect place for one.
I will admit that I missed my little zoo. I think Mr. Mayer even missed them a little. However, it was so nice to get away for a while. It was especially nice to get away with Mr. Mayer and to act like a grown up. Mr. Mayer and I have been married 11 years. Together 13. Maybe 14? Sheesh. A while. I can't remember. We try to do regular date nights and spend time together. However, a week away does the soul some good. My philosophy has always been that while I LOVE my kids to my very core, they are temporary. They are not the center of my universe. I had a life before them. I will have a life after them too. Mr. Mayer and I had a relationship before them. He will be here with me after they are grown and gone. I plan on us still liking each other in 40 years.
We left the kids with KiKi again this year. I think she had an easier time this year than she did last year :) Hopefully she'll be willing to do it again! I will say this~ as the kids get older the job gets easier. In some ways at least. They are more self sufficient and able to do more. Their energy is still through the roof! Everyone was in bed when we got home from our trip. We had some VERY excited kids the next morning. I think they missed me too.