By Jayna Mayer June 12, 2014
#2 & #3 learned a valuable lesson this evening. I'm hoping it has the same affect on them it had on #1. We have been battling for MONTHS with the boys to pick up their *&^%$F#%^U toys. We have raced timers, bargained, bribed, threatened, etc. Nothing works. They play, throw fits, whine and Mr. Mayer and I get frustrated and pick up the mess ourselves. #1 used to do the very. same. thing. It really grates me. It doesn't help that my children have too many toys as it is, but then toys have a way multiplying. My house looks like an A-Bomb went off. No joke. You can't see carpet for all the toys. I would like to think I deal with it okay, but at the end of the day as part of their nighttime routine it is the kids job to clean up after themselves. I'm not a maid. And I just want to walk across the floor in the dark and not step on a toy. Tonight was no different. WWIII happened upstairs. I told the kids all day they were going to have to clean up. We came home from dinner and I sent #1 down the hall to clean up the rubber band destruction (seriously. loomy bands are the devil. Those little *&^% are in my nightmares). I sent #2&#3 upstairs. They had 30 minutes to throw some dress up clothes in a toy box and some stuffed animals in a tub. They played. Fought. Squealed. Played some more. Drug out more toys. I finally set a timer for the last 10 minutes and told them that if they did not pick up I was going to bring a trash bag and put all the toys they did not pick up in it. 10 minutes passed. The timer buzzed and all hell broke loose. I took my trash sack up and proceeded to bag up all the toys that were left in the floor. Including #3's favorite Barbie and I'm pretty sure #2's Mohawk monster truck. It was some high drama. I had to bag up #1's toys before. It took 2 times before she started taking me seriously. Now she does a pretty good job of picking up. I'm hoping the same for #2 & #3. #2 took it VERY hard tonight. He's still upstairs crying because I threw away all their toys. According to #2 "It's all Mom's fault!" He has asked his Daddy a dozen times if he will go to Target and buy him some more. Daddy keeps telling him that he's going to have to take care of the toys he has left and pick them up when he's told before he gets new ones. #3 is devastated that I threw his Barbie "frwom Gweat Wooof Wodge" away. In all honesty I did bag up the toys. In fact there were so many toys left out that I ran out of room in my bag and slipped some back into the toys boxes. However, I am not mean enough to actually throw good toys away. The bag is tucked away safely in the attic until an undetermined time when I will slip the toys back into their toy boxes. My point has been made and hopefully it will leave an impression on them. #1 still talks about when Mama threw away her toys. 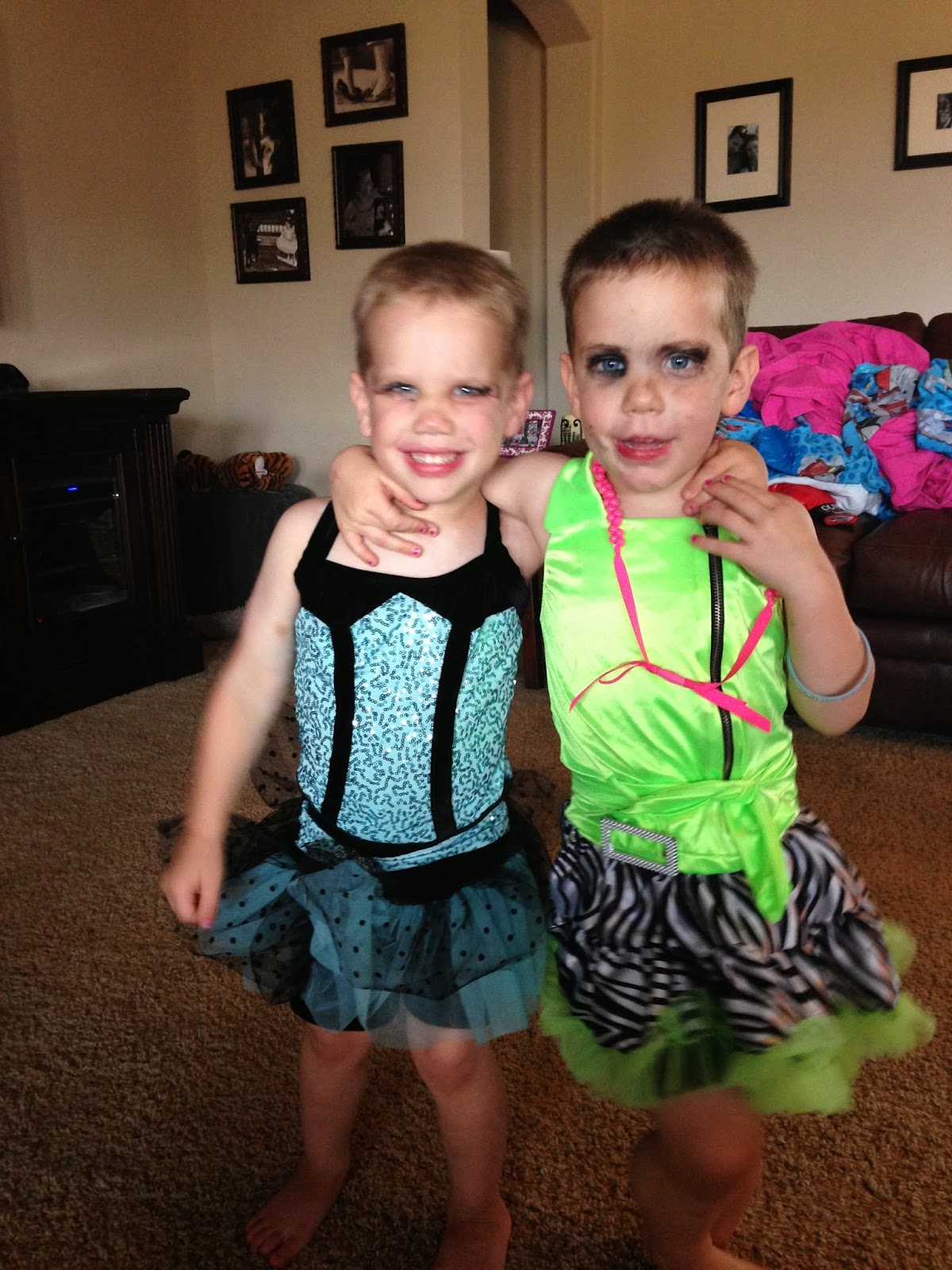