By Jayna Mayer July 28, 2017
Guess what happened today?! I completed something I started two years ago!!! I know. I know. Two years seems like a long time. Especially when I started and stopped a million times. But, 9 weeks ago I set a goal for myself, and today I completed it. 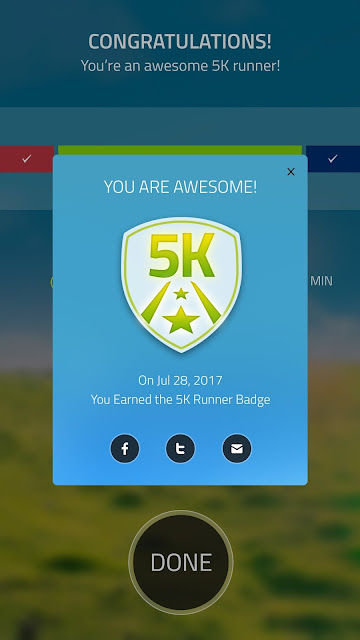 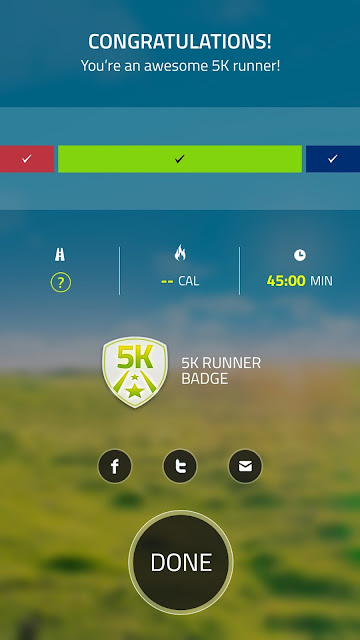 I completed a Couch to 5K program, and I am proud of myself for the accomplishment. I have started and stopped this program a dozen times, always around week five or six. I had a million excuses not to finish it. To some this may seem like a pretty minor accomplishment. I know lots of people who could do a 5K in their sleep. However, me, I have never been a runner. I have never considered myself an athlete. Finishing this today felt really great.
Growing up I was never encouraged to participate in sports or extracurricular activities. In fact, I was almost discouraged from participating. If I would say I wanted to try something, like running track, I was told "You can't do that. You aren't a runner." I wanted to do basketball one year and was told that I was not coordinated enough to play basketball, and the other girls were much better than me. One year in middle school I wanted to be a cheerleader. I wanted to be a cheerleader more than anything in the world. I asked my parents if I could try out. My Dad's general response was "Whatever you want to do Jaynabird." Surprisingly, my mother also agreed to let me try out. At the time I babysat a little girl whose older sister was a varsity cheerleader. She helped me practice and I gave it all I had. I was so nervous I didn't talk about it with anyone. I waited patiently for the list of girls who made the team to be posted. My name was on it!!! I was so excited. I told my mother and she said "Oh. I didn't think you would actually make the team. Those girls all have reputations, and you can't be a part of that." Devastated doesn't scratch the surface of how I felt. After that I stopped asking to do things. In high school I half heartedly tried out for the flag team. I was not surprised and a little relieved I did not make the team. During high school I became involved in yearbook and photography. I really enjoyed it, and never gave team sports a second thought. Over the years I convinced myself I wasn't an athlete, and sports were not my thing.
In college students could use the campus fitness facility for free. I had a boyfriend and a good friend who worked out there all the time. I started going with them and discovered I really liked it. It quickly became a habit that I have maintained. A friend of mine teaches spin classes. Six years ago he convinced me to try out one of his classes. I was instantly hooked and have done spin since then. About two years ago I started getting bored with the monotony of my workouts and decided I needed to shake things up. That's when I downloaded the app. I didn't tell anyone for weeks that I was doing it. The first time I made it to week seven and my mother broke her neck, and everything stopped. It took a while, but I started the program over, and quit, a few dozen times. During one restart I mentioned to my mother that I had started running and she laughed and told me I was not a runner. I reverted back to my childhood self and stopped running.
I have been working on inner dialogue a lot lately. I'm learning to stand up for myself more and voice my opinion more. I still have a lot of work to do. But, I have a daughter, who is watching me and I hear myself in her, a lot more than I want to admit. I want her inner dialogue to be "Anything you want to do Jaynabird."