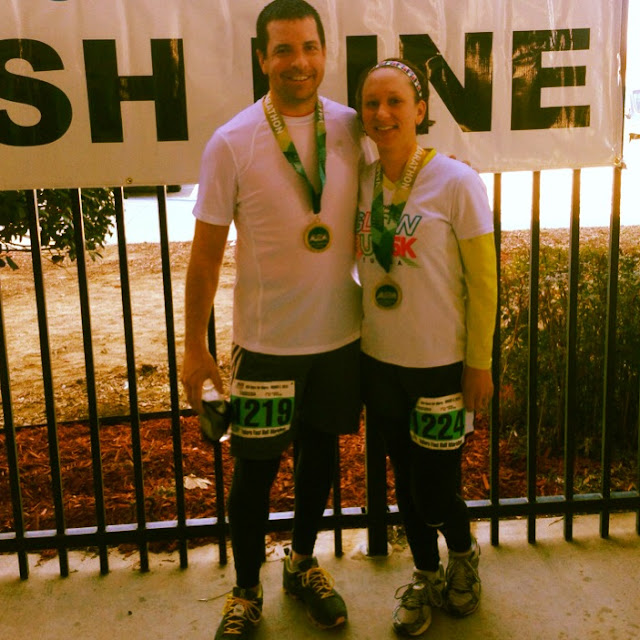 I'm so proud of Mr. Mayer. He started running in Aug. of last year. Seriously...who starts running in August in Oklahoma?! Oh, it's 210 outside....I think I'll go jog! I thought he had lost his mind. I am not a runner. I admire runners because I know it's hard. I have tried and it's just not a sport that is for me. He started running in August and ran his first 5K in September. Followed by a 15K in November. Holy balls that race was C-O-L-D!! Anyway, yesterday he did his first half marathon. He finished in 2hrs 24min. He has been doing the races with one of my best friends, Kristen. She did the half with him yesterday and finished in 2hrs 26min. I am so proud of both of them. Kristen's husband Brian isn't a runner either so he has become my finish line cheering partner. The kids LOVE it. Mr. Mayer's cousin has asked when he is doing the marathon. Brian and I have some opinions of where we would like the marathon to be. I mean, if we have to go we should be able to pick the location. We spent the weekend with Brian and Kristen. We had such a good time. On the way home a strange phenomenon happened....the Dudes slept~in a car!!! That rarely happens. They were some worn out kids. 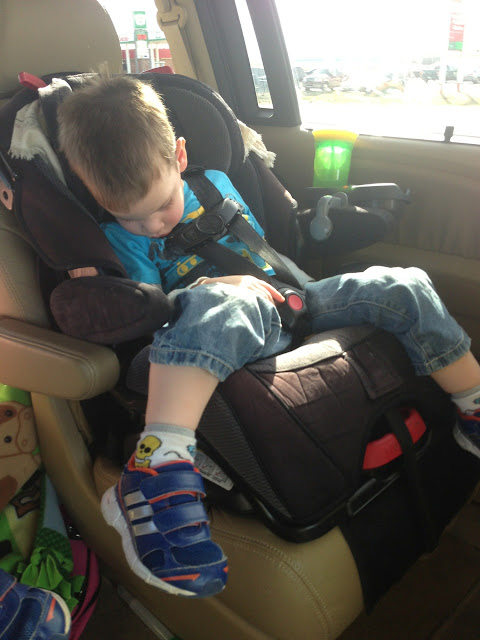 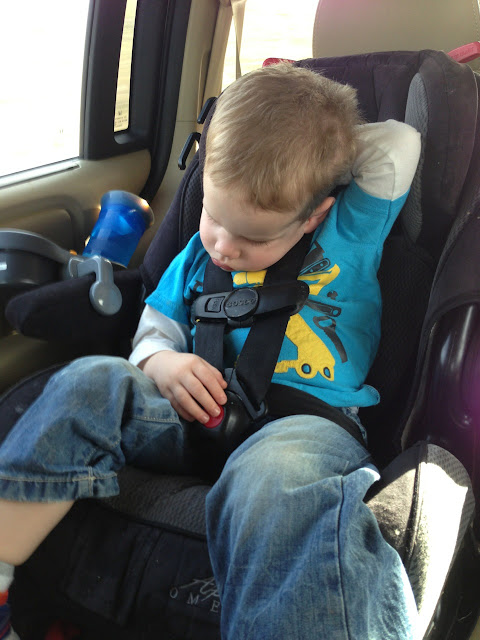 See! It really happened. For 2 hours they slept!! It was glorious. And, this morning they even slept in a little. Do you hear the choir of Angels singing?!