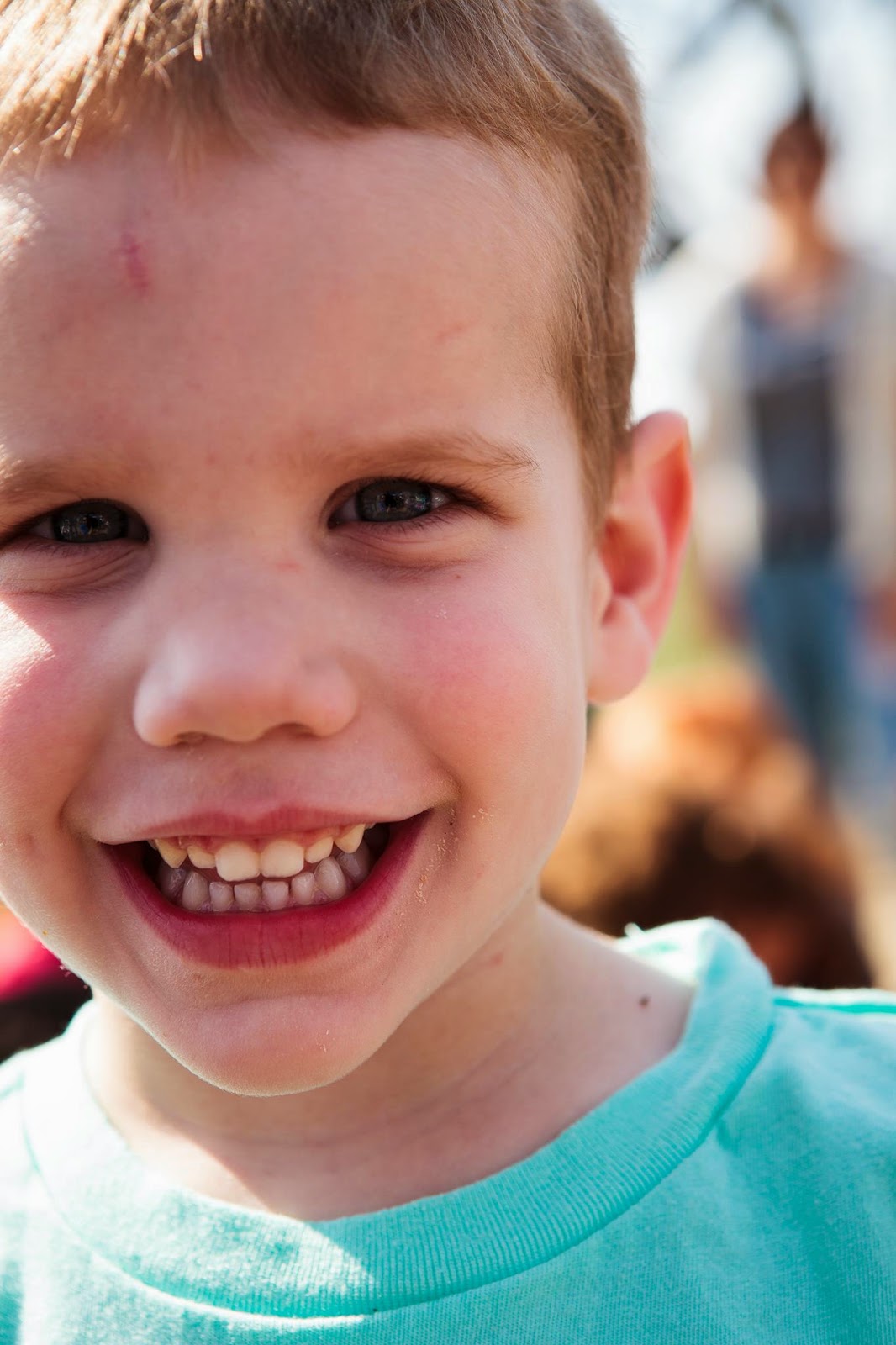 I often find myself saying "Thank God for #2." He is the most laid back happy to be here kid I know. Typically the only time he gets upset is when he is hungry. He takes his food very seriously. He starts planning breakfast the afternoon before. He eats like my Father in Law Walt did- very slowly. I mean, the kid might still be sitting at the table eating an hour after everyone else is done slow. He really enjoys the experience. #2 is the most like me out of all the kids. He is also the most clumsy. Which is like me. He's already had stitches twice on his face and always has a bruise, scrape or some other weird injury on his face. I have decided he is supposed to have a permanent black eye. It's his thing. He's also a very athletic kid. He has not met a sport he did not like and was not good at. Last week he started soccer. He was so excited to be a "soccer boy." However, the thing he is most excited about is that he gets to wear a "Humidiform" to soccer every week. This my friends was the thing he was most excited about.  Though if you ask me he makes a pretty darn cute soccer boy. 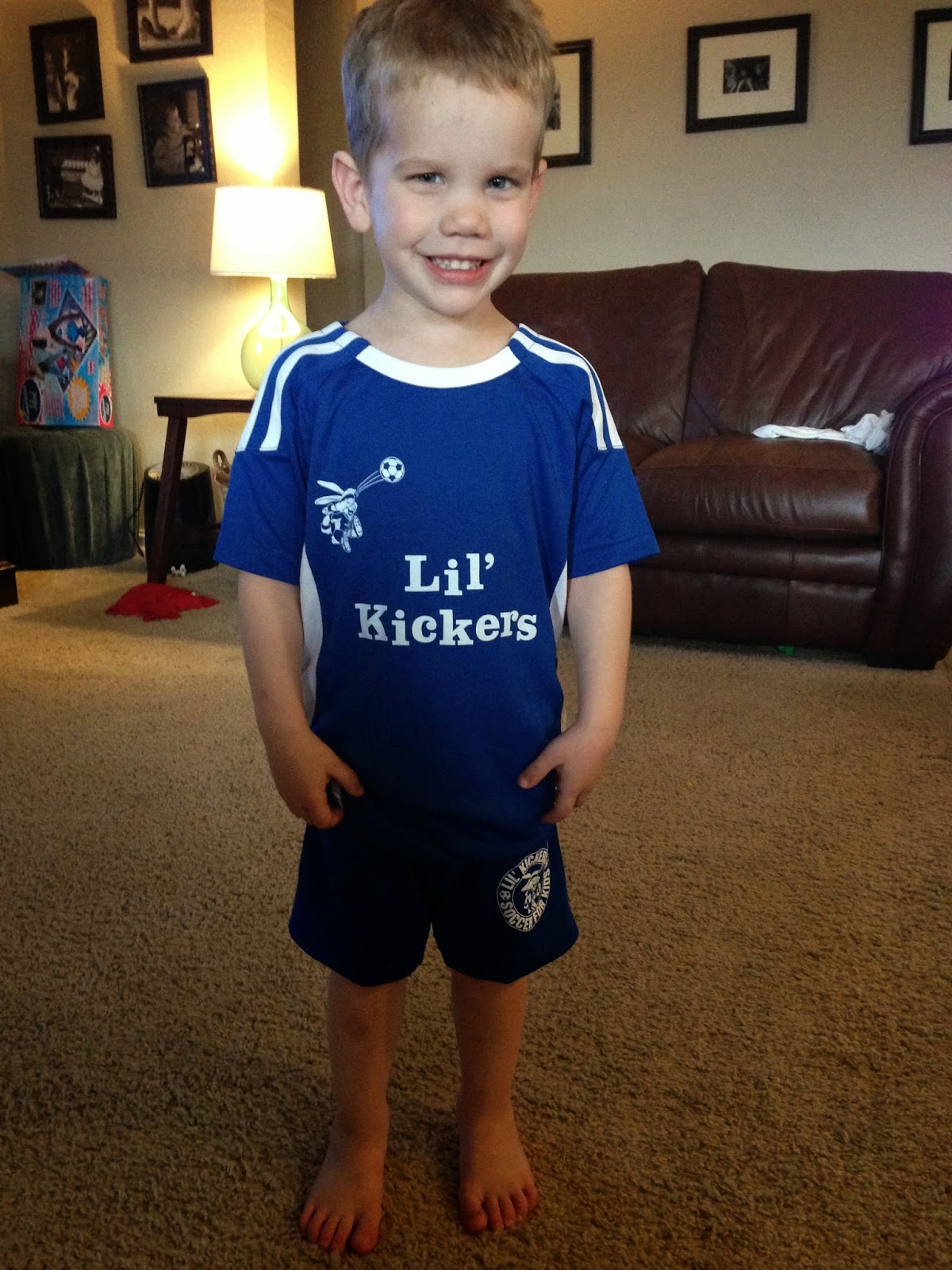