By Jayna Mayer August 20, 2014
WHOO HOO!!! School started!! There's a picture going around on the Internet of a Mom jumping for joy on the first day of school. That's how I feel. For the most part summer went by at the speed of light. I wanted to make a lot of memories this summer and have a lot of fun. I think we were successful. However-the past 3 weeks have dragged by. We all survived each other this summer until 3 weeks ago. Then the fighting, yelling, crying and whining set in. I lost count how many fights I have had to break up recently. I think we all needed a break from each other. And, kids are creatures of habit. They thrive in routine and predictability. Our summer has been anything but routine and predictable. Every day was a new day with new adventures. I was excited for school to start so that we could get back into a normal routine as much as anything. And for their part the kids in this house were sooooooo excited for school to start. The Dudes started back at 2 day a week preschool yesterday and the Diva started 2nd grade today. Yes. 2nd grade. I don't know when she got so big, but it happened. She could hardly contain her excitement this morning. Though she did say yesterday she was a little sad about the upcoming school year. There are two twin boys the same age as #1 that live down the street from us. Since Pre-K she has been in class with one or both of them. When they aren't in school they play together a lot. She is at their house or they are at our house playing. This year they are both in different classes than she is. She is a little bummed about this. I have assured her it is still going to be an awesome year. Yesterday she announced to me that I could NOT take her to school. She was a 2nd grader now. I guess she thought she would embarrass her or something. Whatever. I would never! She told her Dad this morning that he could just drop her off in the drop off line. He didn't need to walk her in. I thought we had a few more years before we started embarrassing her. Oh well. The Dudes and I are leaving in a little while to go pick her up. I can't wait to hear about her first day. 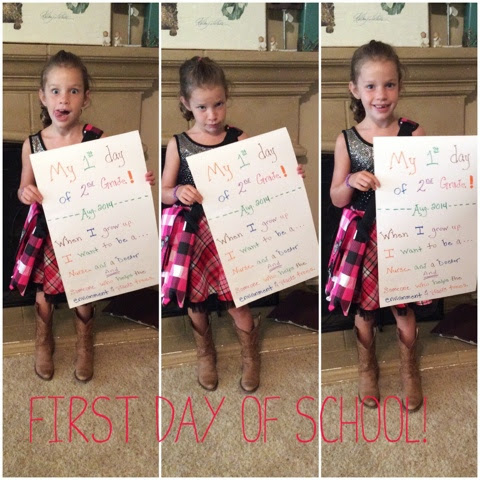 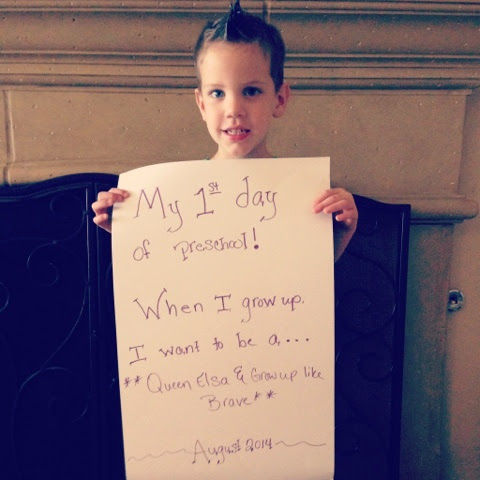 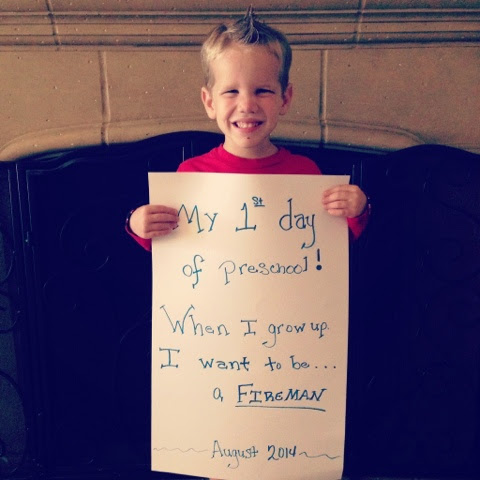