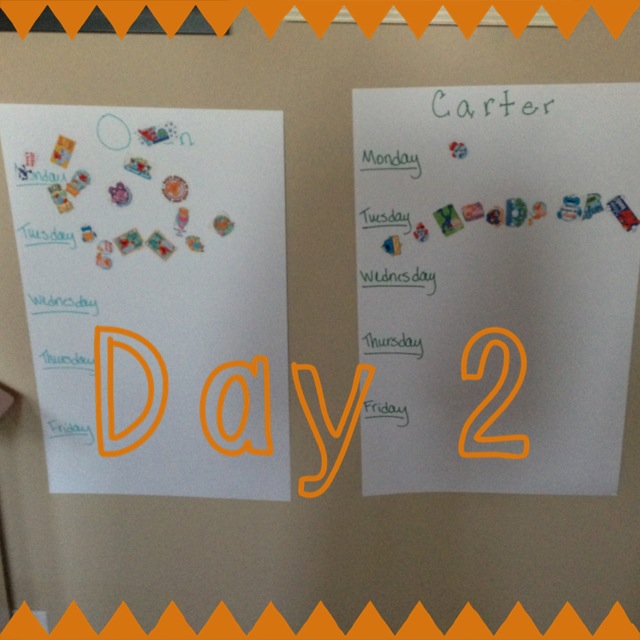 Day 2 was not without some frustration. We started the morning off strong. Owen peed in the potty first thing this morning. Carter waited over an hour and then pooped in his underwear. However, sometime this morning Carter got it. He started peeing in the potty. There were even times he would tell me he had to potty and we would go in and he would sit down and pee. He had three accidents all day after he pooped in his pants. Proud Mama over here! Owen had a lot more accidents today. It frustrated me because he did so good yesterday that today it just kinda went down the drain. I think he turned it into a game and I'm not real sure what to do about that. He would say about every 30 seconds he had to potty. We would go to the potty and nothing. He would sit there and giggle, laugh and wiggle around on the potty. Then he would get up and go play. A minute later he was back on the potty. Ugh....it was exhausting. And majorly frustrating for me. He only peed in his pants a few times though. It was usually right after we had sat on the potty. He would sit on the potty and grunt a few times and I was sure he was going to go poo, but no such luck today. In fact he didn't poo all day. I'm hoping for good things tomorrow!
Now, this morning was going great. It fell apart around lunch time and I take full responsibility for that. I got over confident. The guys had been doing so good. It was lunch time so I had the Dudes go potty. Then I told them to holler at me downstairs if they had to go potty again. Any other time they have no issues hollering at me down the stairs. It's almost a contest to see who can yell the loudest. I came downstairs and made lunch. Went and got the Dudes and they had both peed their pants. D'oh!! Serious. They had just peed before I came downstairs. I change them and we sit to eat. Owen and I got to the potty once during lunch. We get up from the table and Owen had peed his pants~again. Dang it. I make them go potty again and it's nap time.
Yesterday I had both wear diapers for nap time. They both woke up bone dry after nap time. Today for an experiment I let them wear their underwear for nap time. Owen woke up bone dry and then peed in the potty after nap time. Carter was soaked. I think he had gotten up and walked to the door and peed because there was a huge puddle in front of their bedroom door. #fail.
So, despite my frustration with Owen's shenanigans I'm not counting today as a failure. There wasn't even once that I wanted to quit. In fact I think they are doing fantastic. I'm hoping for a lot fewer accidents tomorrow. Although I have to have a babysitter tomorrow afternoon. I'm a little anxious about that. And, what happens after tomorrow and we have to go on with real life? The past two days we have lived in undies and t-shirts. They haven't even worn shoes half the time when we go outside. On Thursday do I put clothes on them and go about real life and just take them to the potty every so often? How do I go out in public with them? I have a lot of anxiety about this in case you can't tell. Things are just easier at home, but I know we can't stay at home forever. We like to play at the park and go to Target from time to time. Is that going to be possible?! Yikes!
Another fun game the Dudes played today was switching undies. They would be in the bathroom and one would say "Trade Brudder" and the other one would say "Okay" and they would switch undies. Gross. I tried to get them to stop because I thought it was icky. They weren't getting that. And as much as I tried to keep the undies straight, I'm confident there were a couple of times they managed to switch. I'm going to remind them of that at their High School graduation.
And, finally, let me just say....I have always thought that little boy's underwear was adorable. And these little tushies in undies are super adorable. 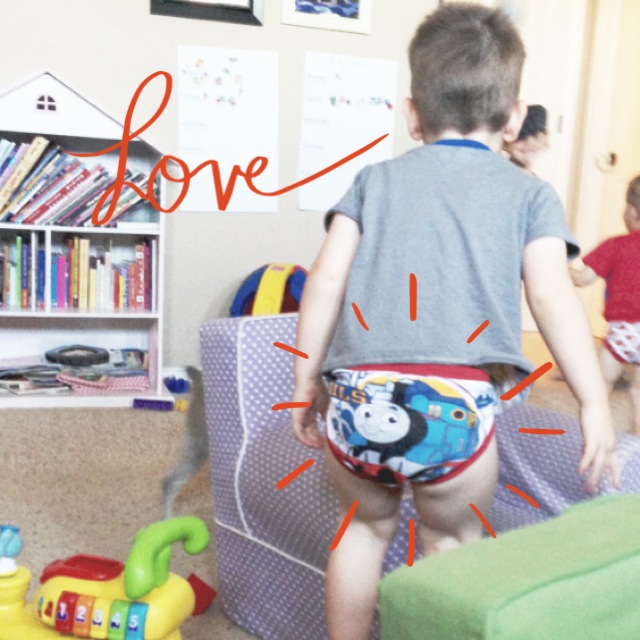 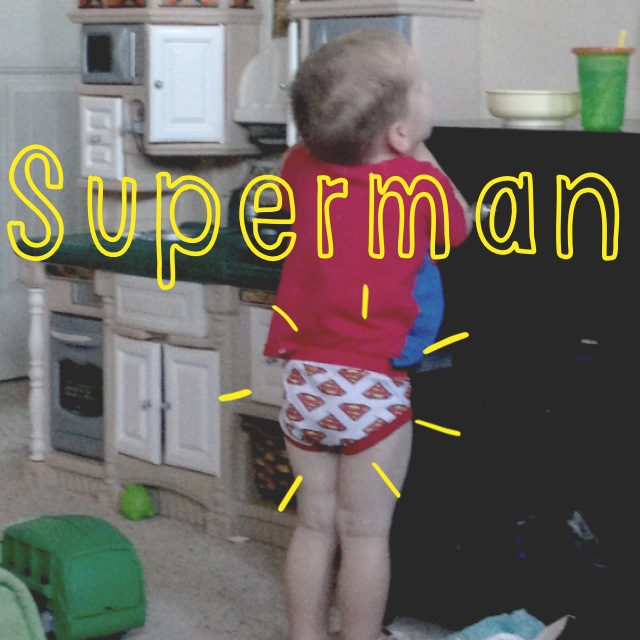