Potty Training Twins Is Not For The Weak 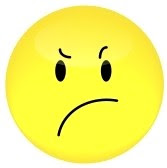 It's been a looonnnnnggggg week of potty training. I was hopeful, and honestly they are doing better than Olivia was at this point in the game. I reached a point this afternoon when I was telling myself that diapers were easier.
I am confident enough to say that Owen is 90% trained. Most of the time he will come and tell me when he has to potty and then go potty. He has even woken up dry every morning except this morning. At nap time I tried to put a diaper on him but he takes it off. But, he stays dry during nap time. Over the course of the week we have managed to get 1 poop in the potty. Today he pooped his pants 3 times. Grrr....I'm taking it much harder than I should.
Carter on the other hand is a whole other story. He pees in the potty about half the time if that much. To say I'm frustrated is an understatement. He did really great the first few days of potty training. He would tell me when he needed to go potty and didn't have any accidents. Then it all fell apart. I'm not sure what happened or where it went all wrong. But, it did. He may pee in the potty once or twice a day. The rest of the time he will pee his pants maybe 5 minutes after he gets off the potty. And he has yet to get a single poop in the potty. Not to be outdone by his brother he pooped his pants 3 times today as well.
I want to scream. Candy does not work with these kids. They could really care less. They get a little excited about putting stickers on their charts. They could also care less about getting their underwear dirty. I'm not sure what to do. I don't know if I need to start from square one with Carter or if I should just start putting him on the potty every 20-30 minutes during the day. I have a general idea of when they go poo so tomorrow morning I'm going to stay right by their sides and try to catch a poo in the potty. Cross your fingers!
There is a bright spot in this whole process...we have taken several outings and they have not had a single accident. In fact at gymnastics last week Owen yelled at me from the floor that he had to go potty. So I ran down and took him potty. I told him how proud I was. Today I went to the gym with them for the first time. I decided to do two classes. I went and took them potty (neither one went) in between my classes. Neither one of them had an accident the whole time we were gone. I was super proud of them, and told them so. Of course, the drag to this is that when we are in public we have to go potty 30 times. It's exhausting. I'll be glad to get through that phase of potty training. I think Mr. Mayer will too.
I did not handle today well. I was cranky and yelly and frustrated. I know that they are doing well for their age. I need to relax and not get so wound up about it. I need to find the key for Carter that will make it click. I don't understand how he could do so well for those few days and now do so badly. That and the poop thing. Ugh...I really just want one to go in the potty!! Gah!