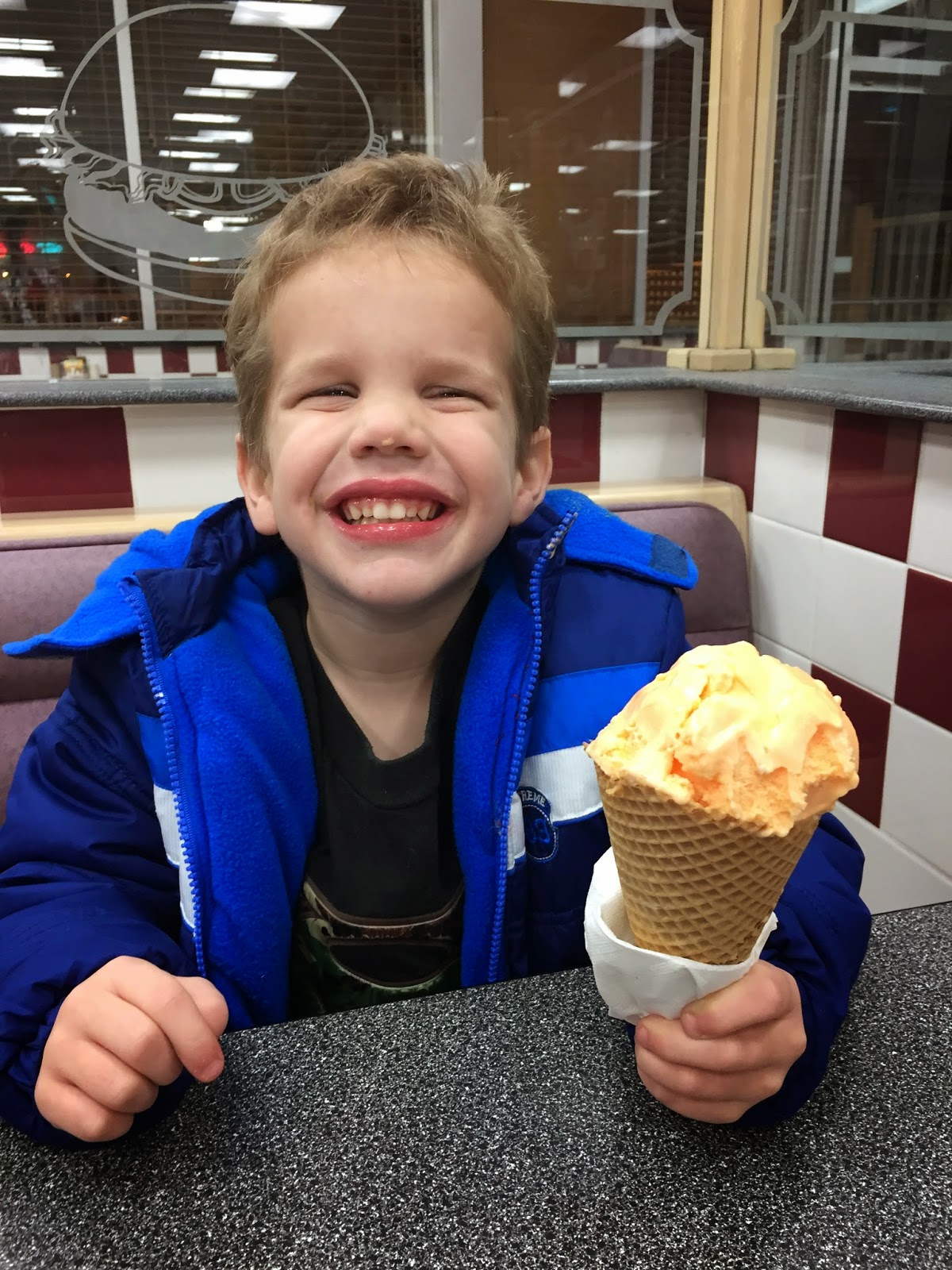 Before twins I always had the idea that I would take my kids on regular "dates" and spend all this quality one on one time with them. After twins I felt like if I could keep my head up for air I was doing good. I've always been pretty good about one on one time with #1. Her and I do things pretty regularly just her and I. Mr. Mayer and I try to take her out just the 3 of us periodically as well. The Dudes are a whole other story. Every once in a while Mr. Mayer will take one and go run errands and I'll keep the other one with me. Most of the time it's me and Dudes doing things together. Me and just one of them is very rare. So this week I decided I would take each child on a date. Just the two of us. I had gotten us a sibling group of 3 off the local Angel Tree. I had also taken a child in need from church a few weeks ago. It was a perfect activity to do with each kid and a lot less overwhelming for me than taking all three to pick out gifts together. I decided birth order would be the best and most fair approach. Each child could go on a date with me and we would buy gifts for an Angel.
I started yesterday with #1. Since I had 4 Angels and only three kids she got to pick out for two. Today was #2's turn. Oh #2. I was a little concerned about our date. Today was a rough day. He and #3 whined and fought all. day. long. I wanted to scream most of the day. I was worried he would be whiny on our date and I would go crazy. After dinner I had him put his shoes and socks on and off we went. We stopped at the hardware store and bought carpet cleaner. I had big plans for Mr. Mayer later. Then we went to Wal Mart to shop for his Angel. Every toy the child saw in the store and even some non toys he exclaimed "Oh Mom!! I really really want that!" Every. Single. Toy. Not only did he want every toy he saw he did not stop talking from the second we walked out of our house until I put him to bed tonight. It was exhausting listening to him. I didn't have to talk much. The cashier said to him as we were leaving "Oh my, you're a talker." He looked at her and said "Yeah. I like to talk." No kidding! After Wal Mart he chose Braum's as his special snack (#1 chose that yesterday too. I can't seem to get anyone to want to go to Starbucks!)so off we went. He chose the "orange ice cream" in a cone "that tastes good." After he ate the entire ice cream cone that was as large as he was he looked at me and said "I don't really like this." Whatever kid, I don't buy it. During our special snack we talked about everything. His favorite cartoons. Who his best friends were. What he wanted from Santa (A Max tow truck and a candy maker that you can eat the sticks).  We also discussed what we should get his Dad, brother, Sister, Me and Aunt Betsy for Christmas.
His Dad: Headphones, a TV for his headphones, a stabilizer, glue, and a laser.
#1: An "America Girl" and a Rasta Girl.
#3: A "girl hot wheels track race" and "girl hot wheels" and a toy vacuum.
Me: "Girly stuff. Like a laser, a vacuum and a stabilizer."
Aunt Betsy: "You have to share your girly stuff with Aunt Betsy."
So, I hope Aunt Betsy doesn't mind sharing a stabilizer. Whatever that is.
As we were leaving Braum's a couple a few tables from us said "You sure have a precious little boy" as we were walking out. Yes. I have to agree. He is a precious little boy. I realized that I need to make more of an effort to have these little "dates" with my kids. They are only little for a short period of time and I don't want to miss it. Even if my ears are tired!