By Jayna Mayer December 17, 2014
My goal this holiday season was to slow down a little. I have been a little bit successful. I can't really say that we have been totally idle. We are having fun though. We are still managing to stay super busy though! In fact we've been so busy (and tired zzzzz) that we aren't decorating our Christmas cookies until next week! I normally have that done early in the month. Just not happening. Between school activities and family life the holiday season is again zooming by. I am making an effort to breathe and make some memories. This past weekend goes down in the books as the busiest we've had in a while. I let #1 have her very first sleepover at our house. And, one girl wasn't enough, I decided she could have 2 little girls spend the night. Mr. Mayer and I took all 5 kids to see a movie that night. Ugh. What were we thinking?! 3 little girls is a bad combination. They argued and "broke up friends" at least a dozen times. I think the last time #1 came in my room was midnight to say that they had another fight. I grumpily told her it was time for everyone to go to sleep. They would like each other again in the morning. Mr. Mayer left around 4am the next morning to go duck hunting. #3 was in bed with me by 6am coughing. The girls were all up by 7:30. Fighting. Ugh. They still don't like each other. Finally all girls went home and I drug my three to a gymnastics birthday party. After the party the bad attitudes (mine included) were getting the best of me. I forced everyone to lay down and take a nap. Two hours later we all woke up with new attitudes. That night we met some friends for dinner (in our PJ's) and then went to ride the Polar Express. The kids had such a great time. The train ride took about an hour to the "North Pole" and back. Of course, it was another late night. The next day we were celebrating Christmas with Mr. Mayer's step sisters, their families, his Mom and Step Dad- 3 hours away. So I was up before the sun Sunday morning trying to get everyone looking presentable and loaded in the car. We were only 30 minutes later than my goal. Score!! We had a great time with the family. The kids ran and played hard with their cousins. We left much later than I had intended which made us getting back home much later. #1 and #3 fell asleep- hard- on the way home. We stopped for dinner and almost couldn't get #3 to wake up. He. Was. Out. We did make it home eventually and everyone went straight to bed. Including Mom and Dad! This week is full of Christmas programs at school, parties and other celebrations. It's gearing up to be a much slower paced weekend and I am ready! Next week will be full of cookie decorating and Christmas celebrations. Bring it- we are making memories! 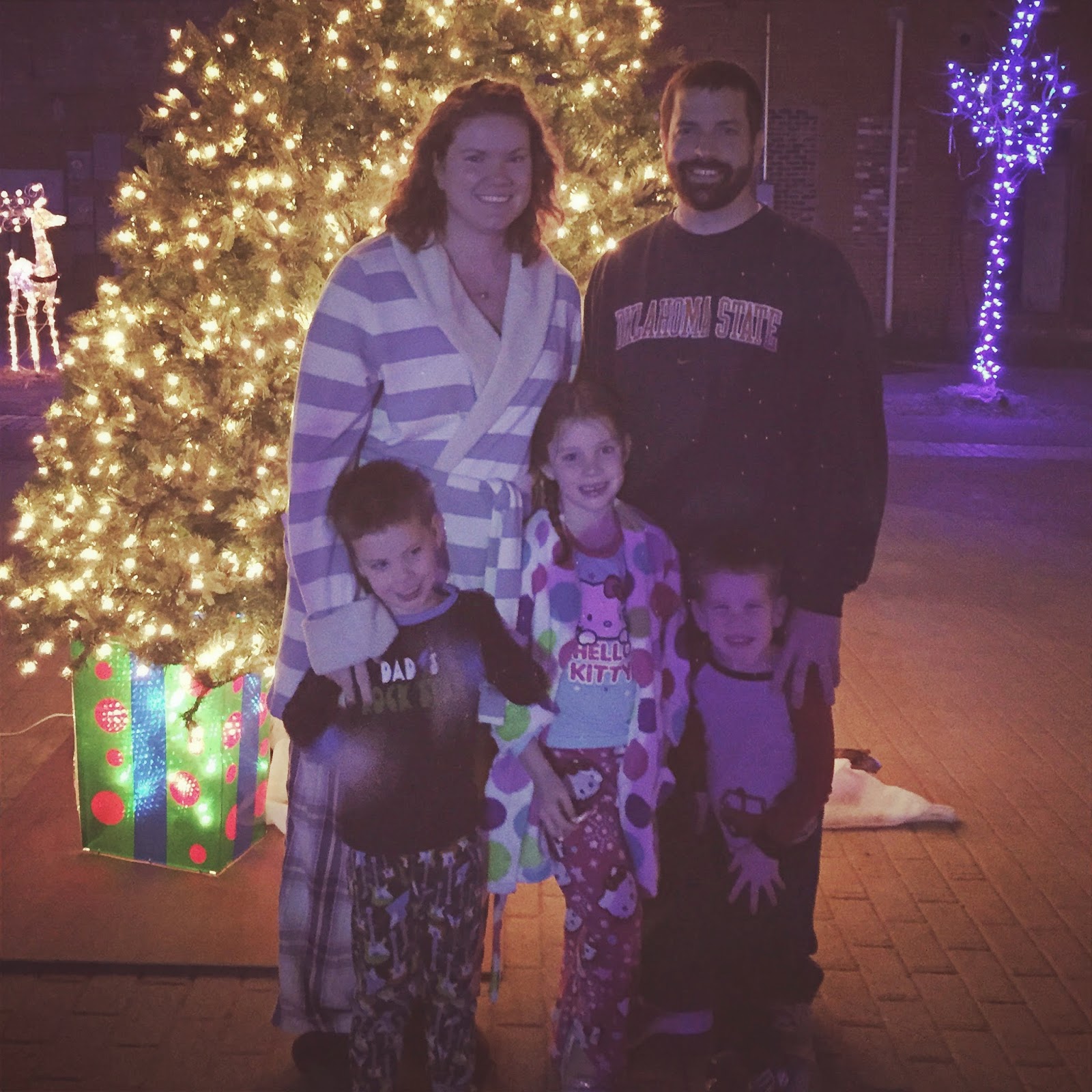 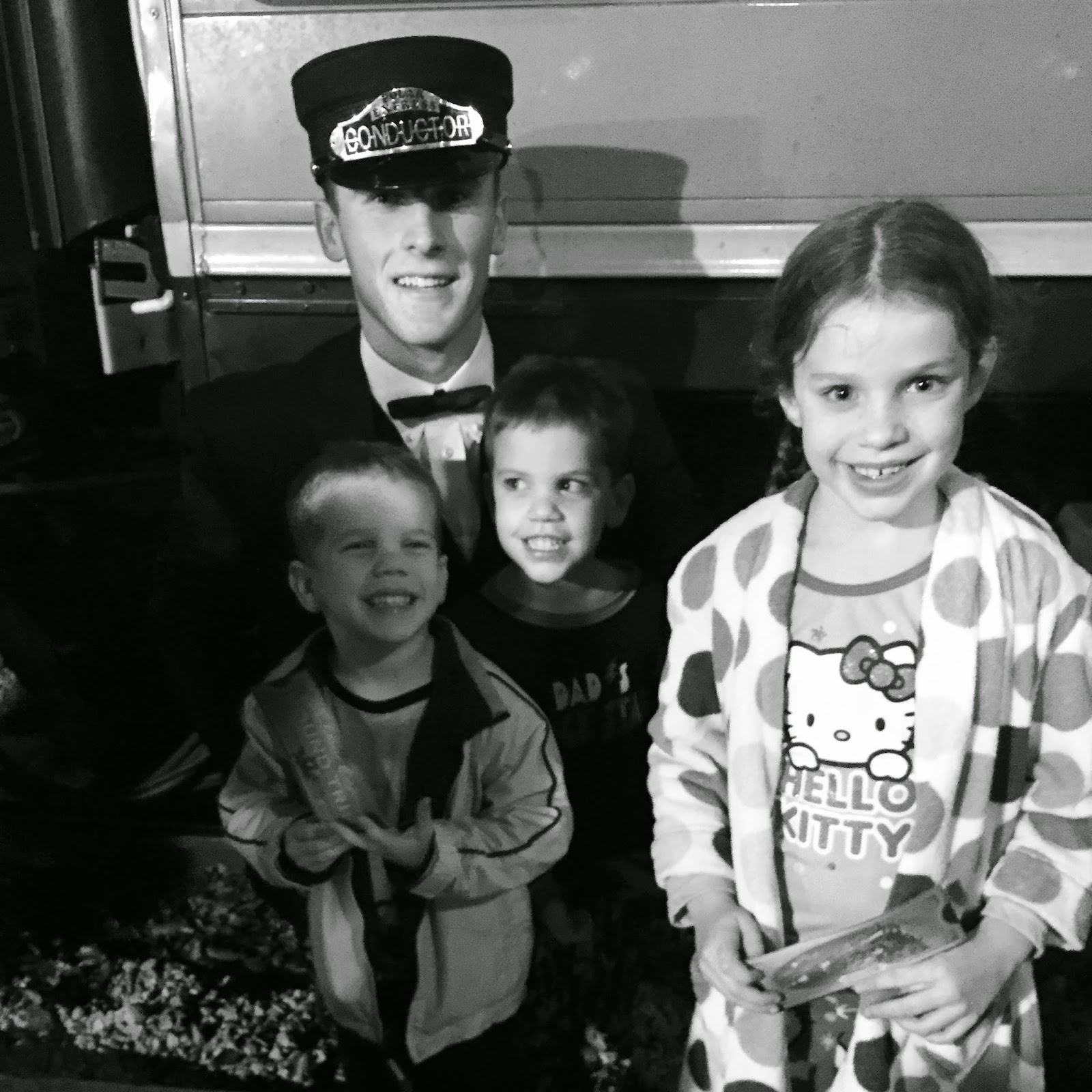 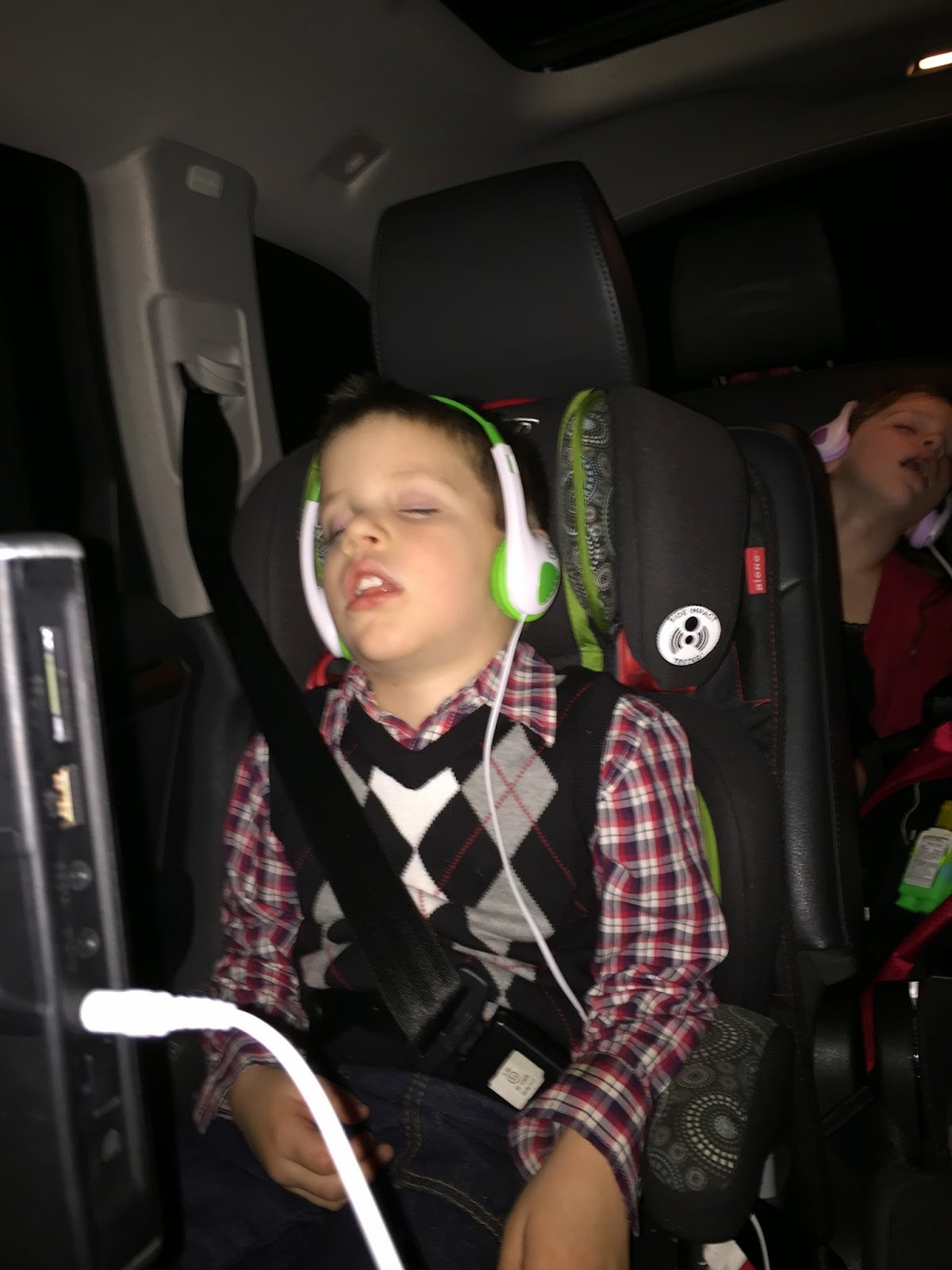