The last year has gone fast. I don't remember the first 6 months. I know they were tough. But, we made it all in one piece and somewhat sane. The dudes are growing and thriving~despite Diva's best efforts and insistence that she carry them around.
I was induced at 36 weeks. I could barely walk, I couldn't breathe and I hadn't slept in weeks (that didn't change for a few months). The boys were measuring gigantic so we induced. They were ready. Once they started the process the boys arrived very quickly.
As many know I had Owen (Donkey) vaginally. He weighed 6 lbs 4 oz at birth. 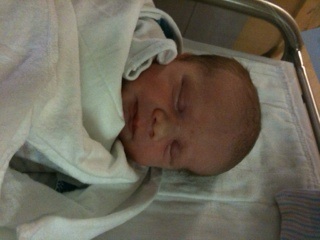 I had Carter (Shrek) 27 minutes later by C-Section. He weighed 7 lbs 8 oz at birth.
A C-Section wasn't what I wanted but it was necessary. My wonderful doctor tried to prevent it but it just wasn't in the cards. 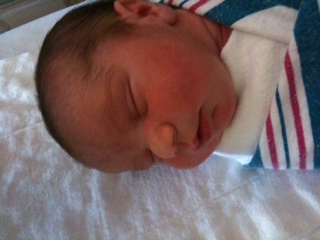 I had two gigantic healthy baby boys.
They had their 12-month check up this morning. Poor little beans had 4 shots this morning :(
Here is the latest: 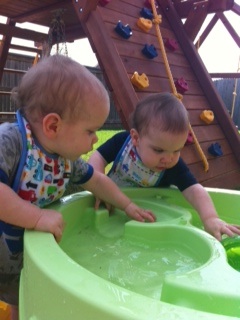 Owen~ my tiny little guy. He dropped down to 5 lbs 10 oz after he was born and had to be supplemented those first few weeks. Now he eats. A lot. More than his brother. He's still smaller. He's full of energy and happy most of the time. He's a very good sleeper.
Today:
Weight~ 19lbs 5oz (7%)
Height~ 29 1/2 inches (42%)
Head~ 46 1/2 cm (54%)
He has had a 2 oz weight gain since his 9 month check up. I was sure he weighed more. Doctor was extremely pleased with his development. While he hasn't really gained weight he hasn't lost. He has had a huge increase in his height. That makes up for the weight. He's built like his Daddy.

Carter~ My giant baby. He's big and happy. I don't know how I forgot or why, but I remember just last week. When I was pregnant Carter was constant motion. In the ultra sounds he was always moving. You could see him kicking his brother. I was miserable. He was always in my ribs and kicking me. He flipped back and forth several times from the breach position to head down. Nothing has changed. He's still constant motion. He's the first to do everything.
Today:
Weight~ 22lbs 1oz (40%)
Height~ 30 inches (59%)
Head~ 46 cm (40%)
He has had a 9 oz weight gain since his 9 month check up. I wasn't so shocked by this. I didn't think he had gained much. He's holding steady. He's built like his Mama.
The boys are thriving and doing extremely well. They are sprouting teeth left and right. I'll be glad when it's over. They have had colds this week, but seem to be feeling better today. Just a little bit of a runny nose.
A question I get a lot about the boys. Besides are they twins and are they boys?
Where did the names Shrek and Donkey come from?
When we told Diva that I was pregnant and there were two of them she named the babies ShrekDonkey and Cinderella. We later found out it was two boys. We told her that Cinderella was not a very good boy name. Her response was "Fine. We can call them Shrek and Donkey." The names have stuck. While I was pregnant we always called Owen Shrek. However, after they were born and was saw how big Carter was we decided that he was more suited for the name of Shrek.
We are having a party for them next weekend and will be taking their 12 month pictures sometime very soon. I will have lots more pictures to post then.