By Jayna Mayer April 16, 2012
I love a pretty yard. I love pretty flower beds. I have visions of myself owning such a yard and flower beds. Reality is that I am a terrible gardener. My flower beds are half dead and overrun with weeds. I don't have time to keep it up right now. Enter Papa Brad. He has a natural talent for such things. He has been working on my front flower beds this past week. They look great. There might be hope this year. He was working in the front on Friday so I took the opportunity and started cleaning out some pots and my garden in the backyard. My plan is to go this week and get some flowers to put in the pots. The Dudes were outside with me while I was doing all this. It was sprinkling rain. As I would clean out the dead plants from a pot they would come behind me and check it out. Before I knew it a full out dirt fight had begun. They were having the best time ever. Dirt was flying and laughter was in the air. Here are some pictures that Mr. Mayer took during the dirt fight. Needless to say the Dudes had to have a bath BEFORE dinner on Friday~after a pre-soak with the water hose in the backyard. 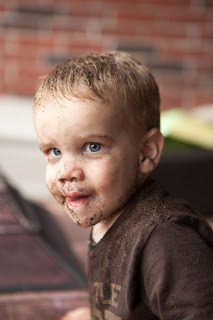 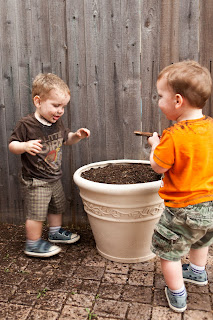 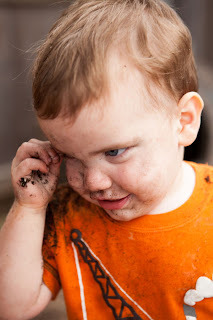 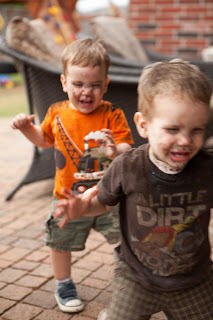 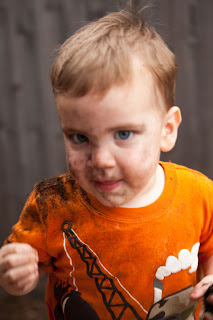 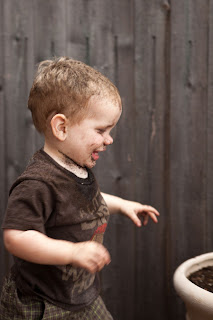 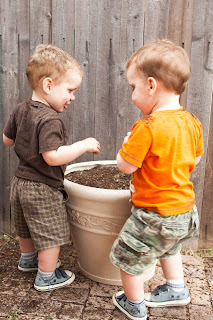 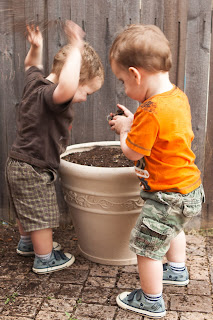 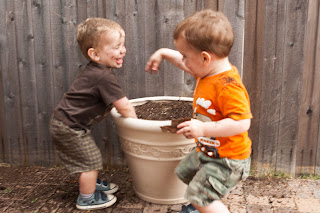 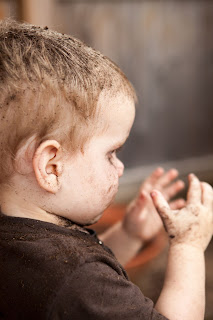 I hadn't noticed their shirts until someone pointed it out on Facebook after Mr. Mayer uploaded the pictures. They were oddly appropriate for the situation :)
And how did the mess hating Mr. Mayer handle all this? Like a champ! He didn't even bat an eye, and I was out front with Papa Brad when the fight ended and Mr. Mayer was the one who gave them a bath. He's so great.